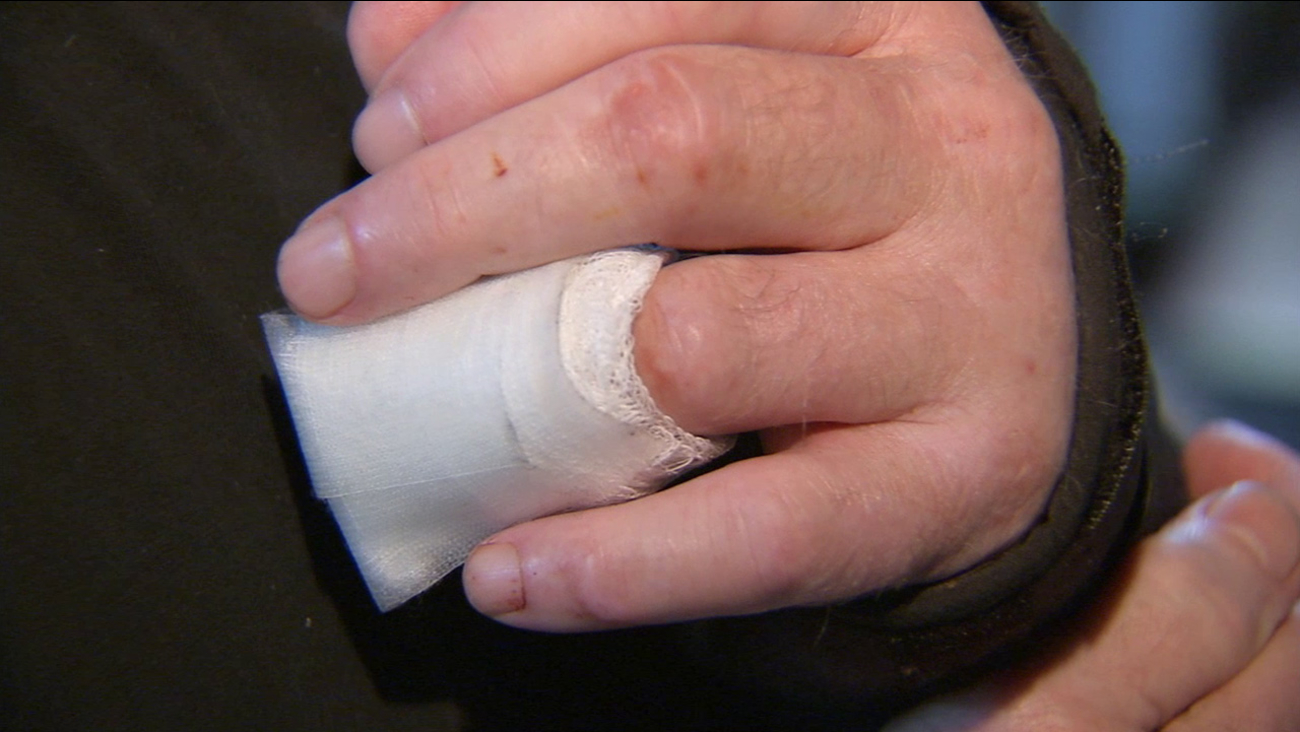 A Venice restaurant owner had his fingertip bitten off by another man on Saturday, March 21, 2015.

VENICE, LOS ANGELES (KABC) -- A 31-year-old man was sentenced to two years in prison for biting off the fingertip of a restaurant owner in Venice back in March.

Jonathan Shain Lemmons pleaded no contest to one count of mayhem before being sentenced in Los Angeles County Superior Court.

Lemmons, who prosecutors said is homeless, had previously caused disturbances at The Cow's End Cafe, located at 34 West Washington Blvd.

Restaurant owner Clabe Hartley said Lemmons had been harassing people for money on March 21 and took a coffee from a customer's table and walked away with it.

When he got in line at the restaurant, Hartley told Lemmons to leave.

Lemmons refused to leave and even threatened to kill him, Hartley said.

That's when Hartley said Lemmons attacked him and bit off his fingertip.

Four other customers came to help Hartley and they managed to pin Lemmons down until Los Angeles police arrived.