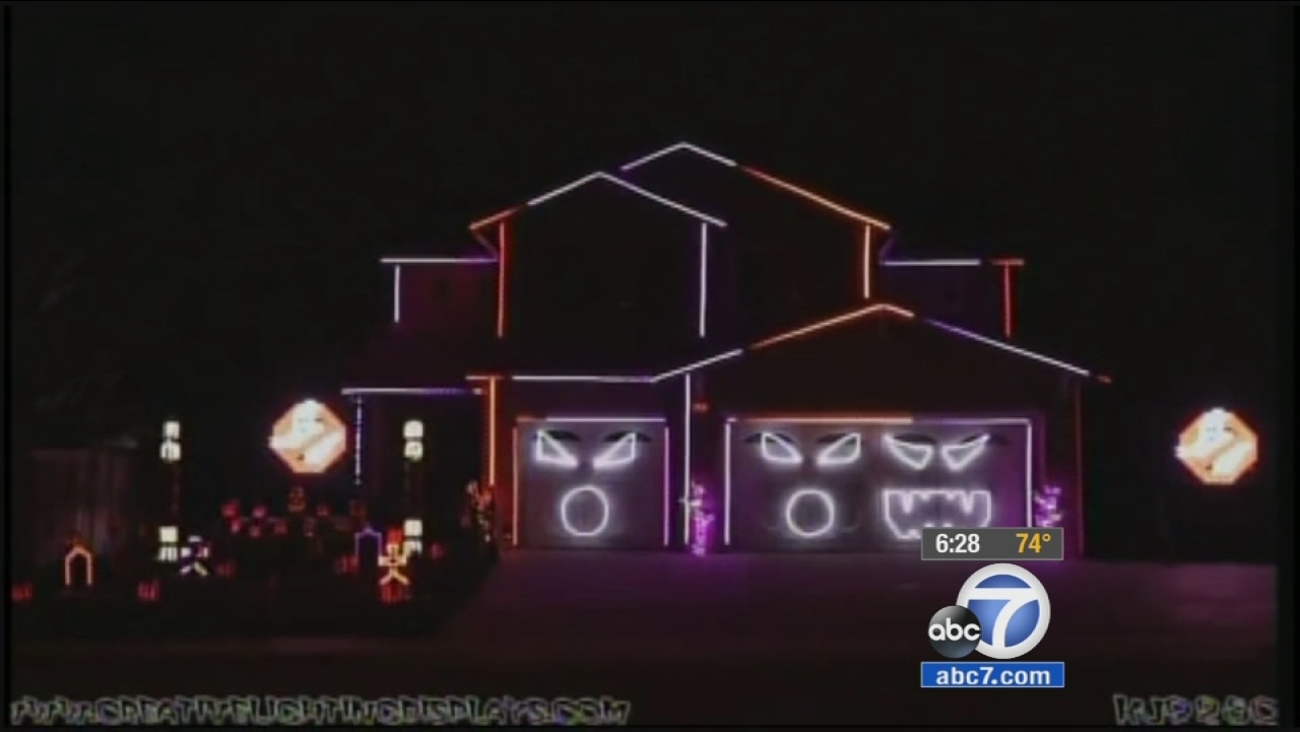 A home in Riverside is known for its Halloween lights display. (KABC)

RIVERSIDE, Calif. (KABC) -- Thieves who stole from a Riverside home that delights neighbors with its Halloween display and singing pumpkins returned the stolen lights on Friday, the homeowner told ABC7.

One day before Halloween, the thieves more in spirit of the Grinch, made off with the lights from the famous display.

The theft was caught on the homeowner's eight surveillance cameras.

The homeowner's urged the suspects to return the stolen items so they could perform on Halloween night and said the thieves gave back the lights and apologized.

The homeowner said the thieves are high school students who said it was a prank.