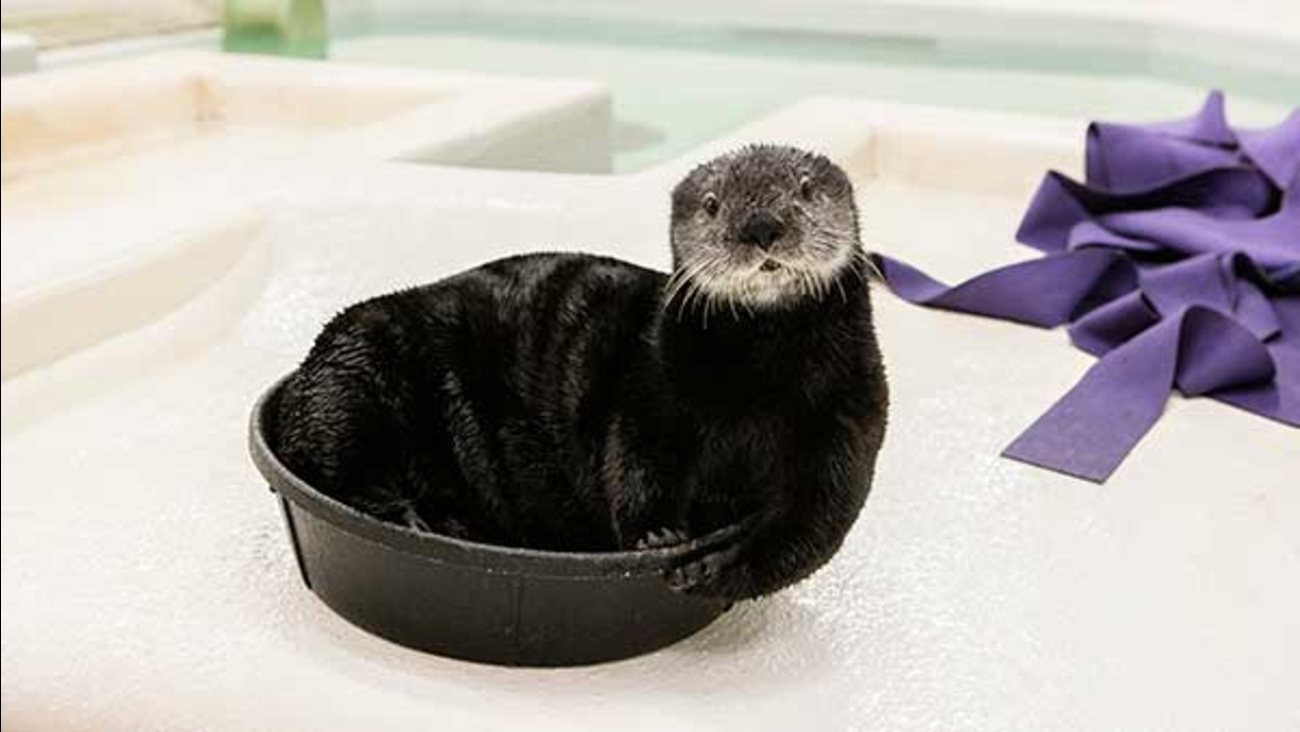 CHICAGO -- Luna, the sea otter pup rescued off the coast of California in 2014, is celebrating Sea Otter Awareness Week from Sept. 20 - 26 at the Shedd Aquarium as she nears her first birthday. She is also nearing her first anniversary of being in the Shedd's care.

Luna was brought to Chicago after being found on Coastaways Beach between San Mateo and Santa Cruz on Sept. 30, 2014 by a passerby and rescued on Oct. 1 by Monterey Bay Aquarium. Abandoned by her mother, she was brought to the Shedd where she received round the clock care from specialists who, beyond feeding and grooming her, helped teach her swimming and otter behavior and readied her to meet the other sea otters in her new habitat. A tiny ball of fluff, she quickly captured the city's attention and affection.

Now, a year later, Luna weighs about 30 lbs., on pace to match the average weight of a full-grown female otter. She also now opens shellfish on her own and has become comfortable with all the otter habitats at the aquarium. Shedd trainers say she's known to be quite playful and fond of toys, and gets along swimmingly with the other sea otters in their care.

Luna's rescue helped bring some initial attention to the importance of protecting sea otter populations, and now as part of Sea Otter Awareness Week she joins the other four female otters at the Shedd - Mari, Kiana, Cayucos and Yaku - in once again directing attention to the conservation of her species.