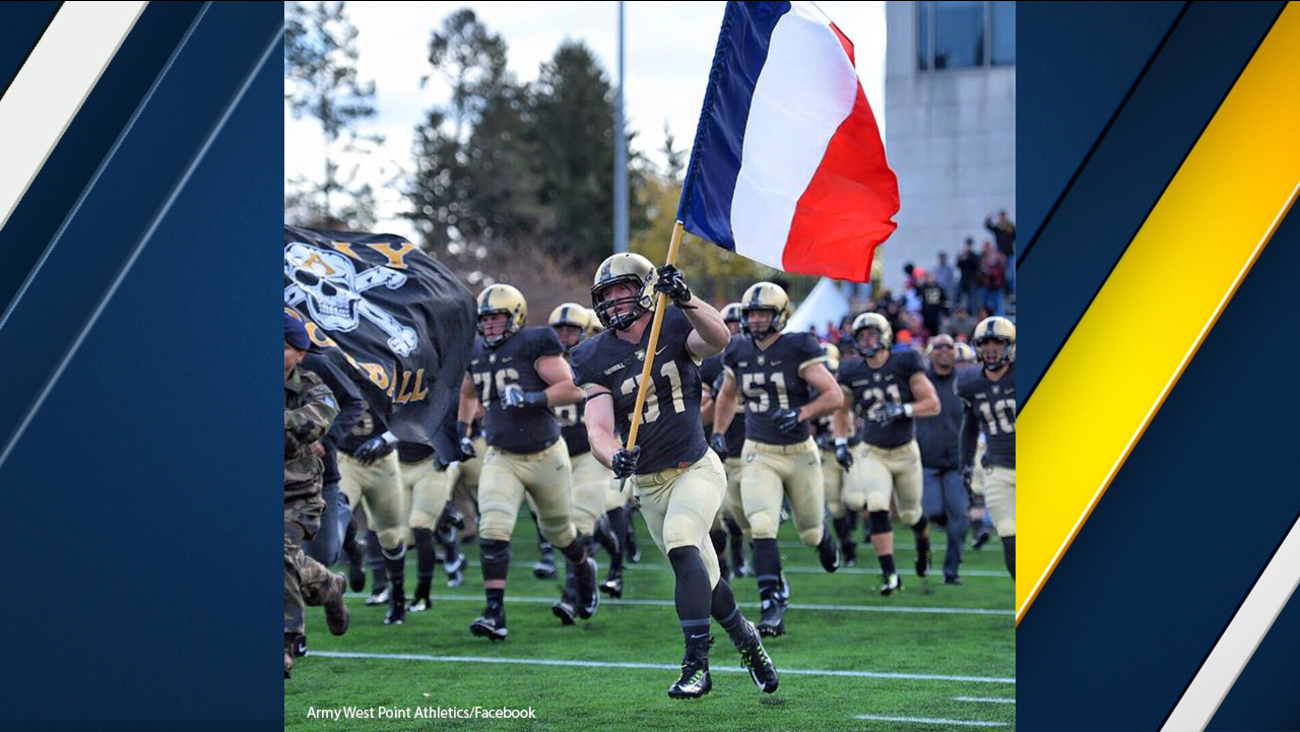 Caleb McNeill of Army carries the French flag onto the football field in West Point, N.Y. one day after terrorists killed more than 120 in Paris.

WEST POINT, N.Y. (KABC) -- The U.S. Army football team had a powerful tribute for France during their college matchup against Tulane University on Saturday.

The Army West Point Black Knights sprinted onto Michie Stadium field in West Point, New York carrying their usual American flag and team flag, but there was a new addition: the French flag.

Army ultimately lost to Tulane 34-31, but the symbolic gesture was a victory for the U.S. and its oldest ally.