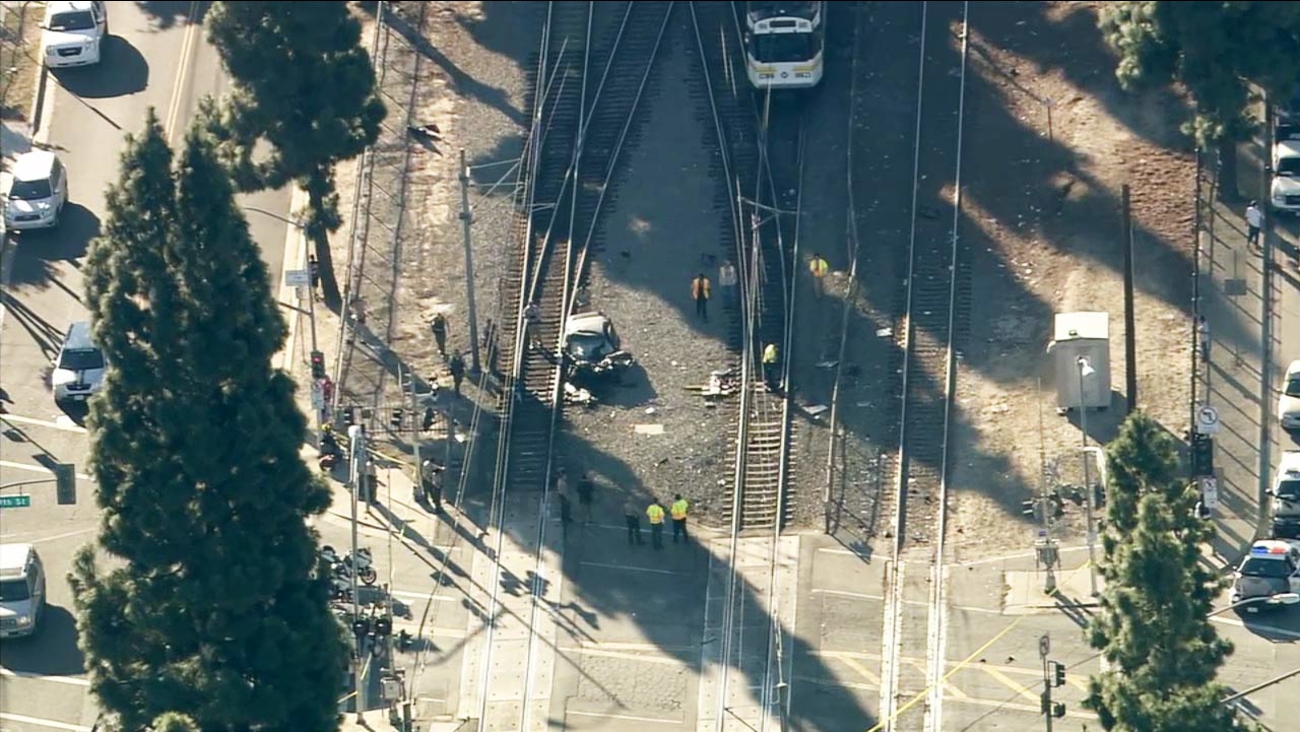 WILLOWBROOK, LOS ANGELES -- One person was injured after a Metro Blue Line train crashed with a car in Willowbrook Monday morning.

The crash happened shortly after 7:30 a.m. at 119th Street and Willowbrook Avenue.

County fire officials said one person was hospitalized in unknown condition. It wasn't immediately known if the injured person was in the car or train.

Blue Line service was suspended on that stretch of track and buses were sent to pick up passengers.

Metro says delays are expected on northbound and southbound lines.