2 shot while inside minivan in Compton; investigation underway 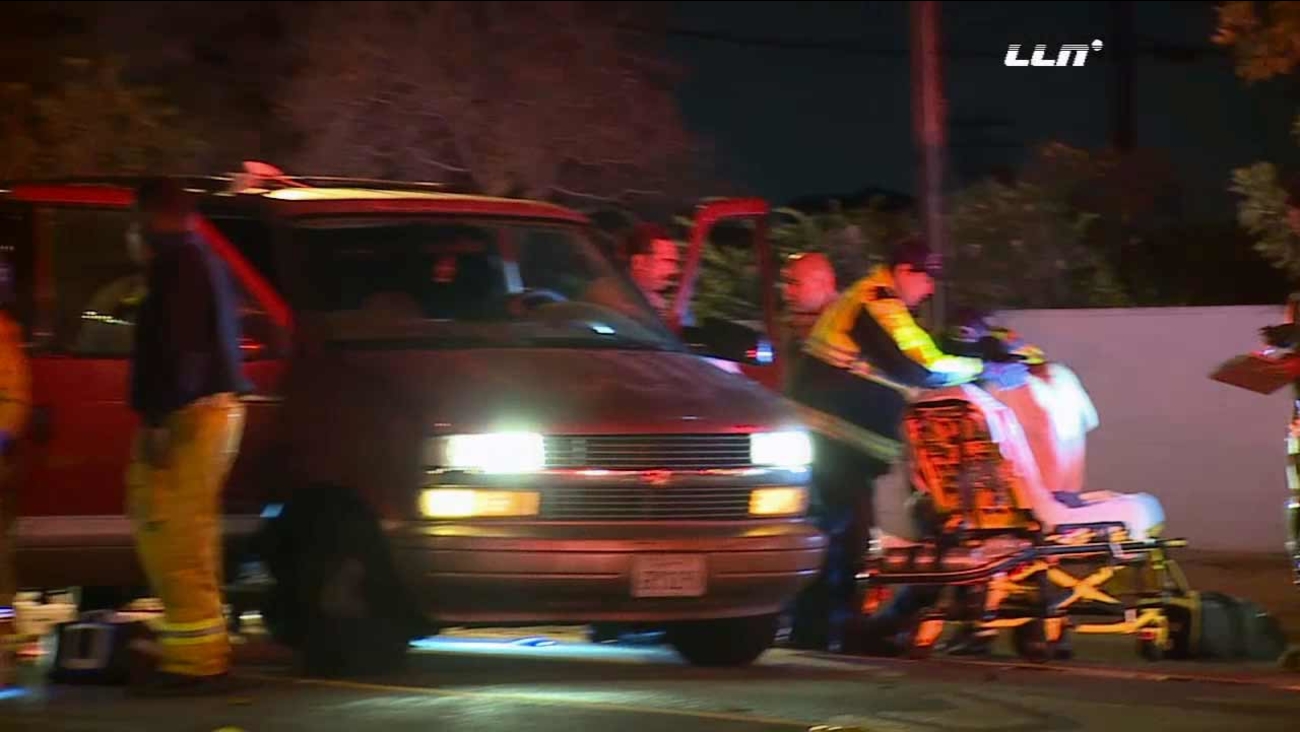 A man being treated after he was shot while inside his minivan in Compton early Monday, Nov. 25, 2015.

COMPTON, Calif. (KABC) -- An investigation is underway after a man and woman were struck by gunshots while inside their minivan in Compton early Wednesday.

Deputies patrolling in the area of Avalon and Rosecrans Boulevard saw the van with its lights off and conducted a traffic stop.

When deputies approached the vehicle, the driver was seen with a gunshot wound to the arm and the female passenger sustained several severe wounds. They were transported to a nearby hospital in unknown condition.

The driver of the minivan said he was driving northbound on Central Avenue when he heard several gunshots and then realized he and his passenger were hit, according to deputies from the Compton Sheriff's Station.