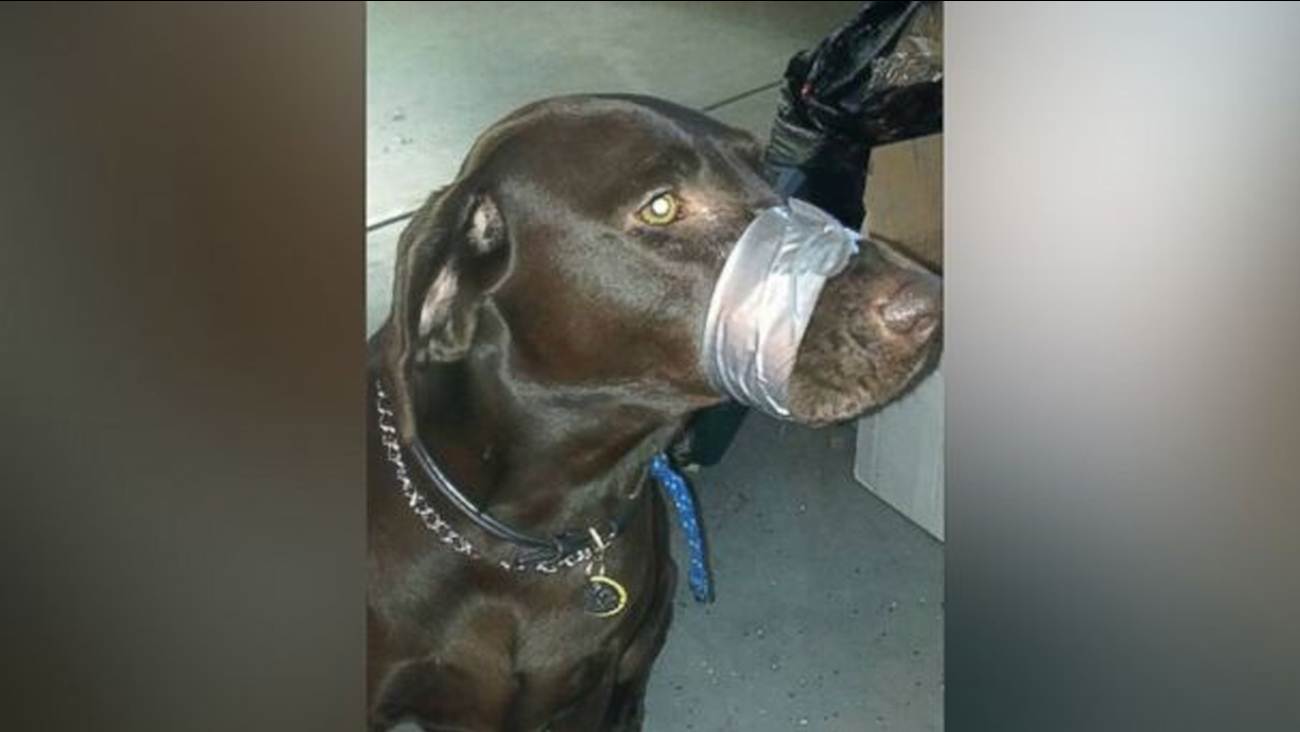 A woman was charged with animal cruelty after she allegedly posted a photo on Facebook of her dog's mouth wrapped in duct tape. (Facebook)

CARY, N.C. -- A woman who allegedly posted a picture of her dog with its mouth taped shut on her Facebook page has been charged in Cary, North Carolina.

Police say 45-year-old Katharine Lemansky - whose Facebook page lists her name as Katie Brown - was staying in Cary with her dog when the photo was taken.

Police say she admitted that the incident took place in Cary. She's charged with animal cruelty.

Lemansky posted the image of the chocolate lab named "Brown" just before 10 a.m. Friday with the caption, "This is what happens when you don't shut up!!!"

Following a barrage of calls from concerned animal lovers, Connecticut police investigated an address associated with Brown's family but quickly determined the incident did not occur there.

"Taping the dog's muzzle shut was a terrible decision on Ms. Lemansky's part, and charging her with animal cruelty under North Carolina law was the right thing to do," said Cary Police Capt. Randall Rhyne. "At the same time, it's important to also note that our animal control officers who physically examined both Brown and her littermate found the dogs to be very well cared for, which is why we did not and could not remove them from the owner. The dogs are current on their shots, spayed, and microchipped. They are clean and well-nourished and appear to be comfortable in their surroundings. And there were no signs of injury to Brown's muzzle, not even detectable hair loss."