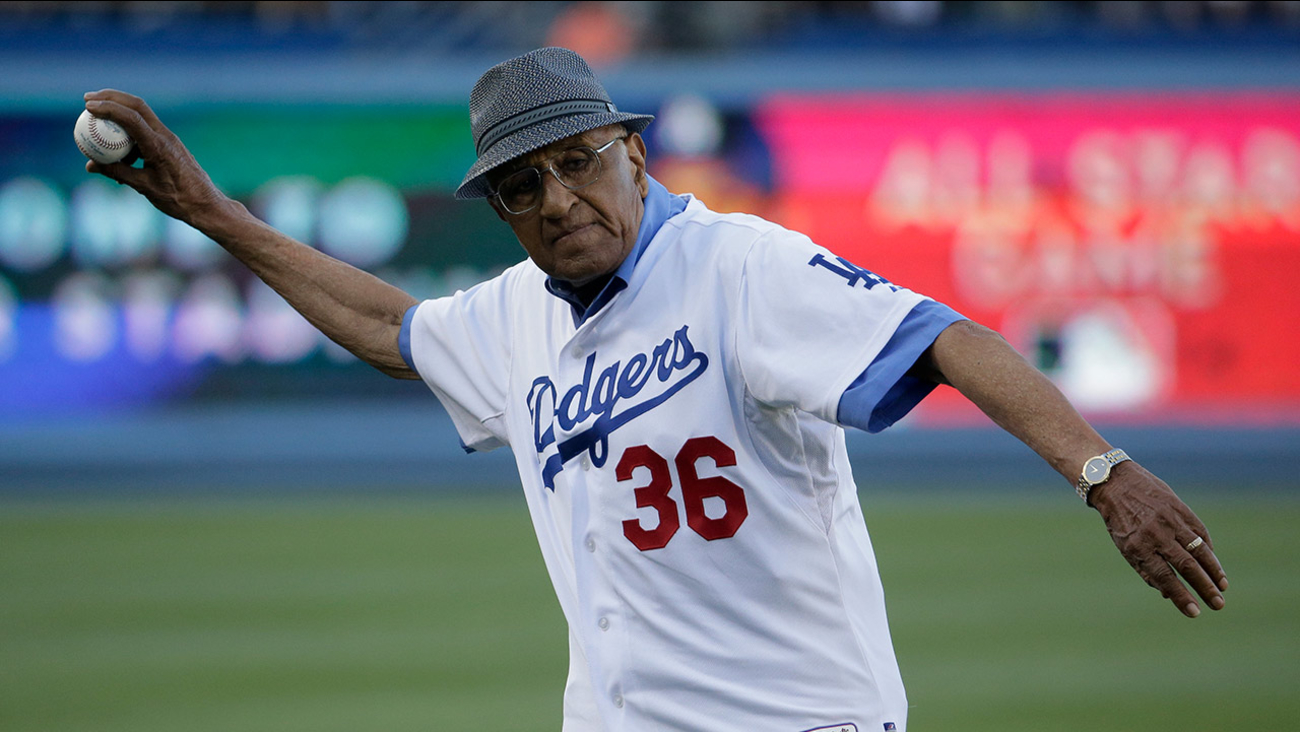 Former Dodgers pitcher Don Newcombe participates in the first pitch ceremony before a baseball game between the Dodgers and the Indians in Los Angeles on July 1, 2014. (Chris Carlson) 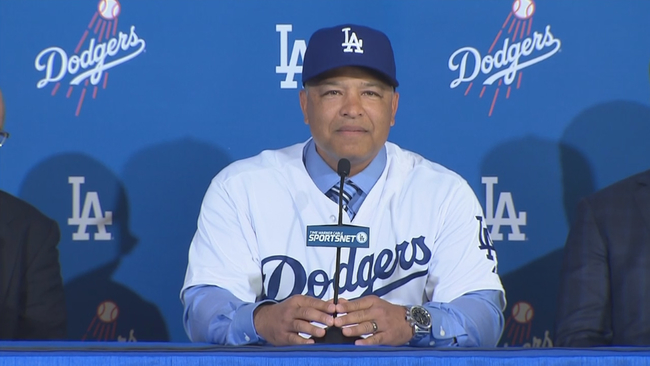