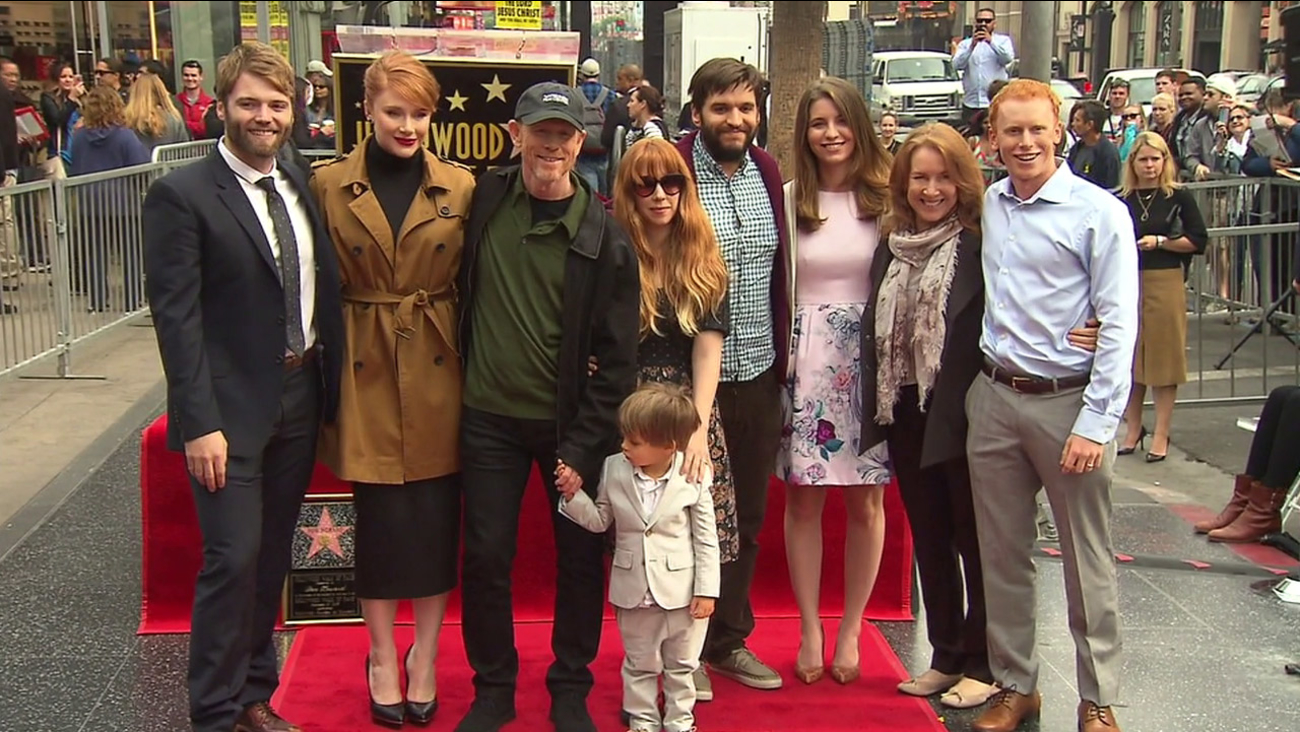 Ron Howard poses with his family at the second star he's received on the Hollywood Walk of Fame on Thursday, Dec. 10, 2015. (KABC)

The former "Happy Days" star earned an Oscar in 2002 for his movie "A Beautiful Mind" that told the life story of mathematician John Nash. Howard received his first star in 1981 to mark his television acting career.

He is the first person to receive an additional star since 1993, when Bob Hope earned his fourth star.

Actor Michael Keaton, who was directed by Howard in three movies, and Howard's longtime producing partner Brian Grazer joined him at the ceremony in front of Madame Tussaud's wax museum on Hollywood Boulevard.

"Two stars is pretty remarkable. I wouldn't be here today without everyone I've mentioned, and now I'll have double the foot traffic - twice as many people treading on my good name," Howard said jokingly. "I think it's a great thing and I'm proud of that."

In addition to his career, Howard is a proud family man and has been married to his wife Cheryl for 40 years. The couple were also joined by their children and grandchildren.
Related topics:
arts & entertainmenthollywoodlos angeles countycelebritymovie newshollywood walk of fame
Copyright © 2021 KABC-TV. All Rights Reserved.
More Videos
From CNN Newsource affiliates
TOP STORIES