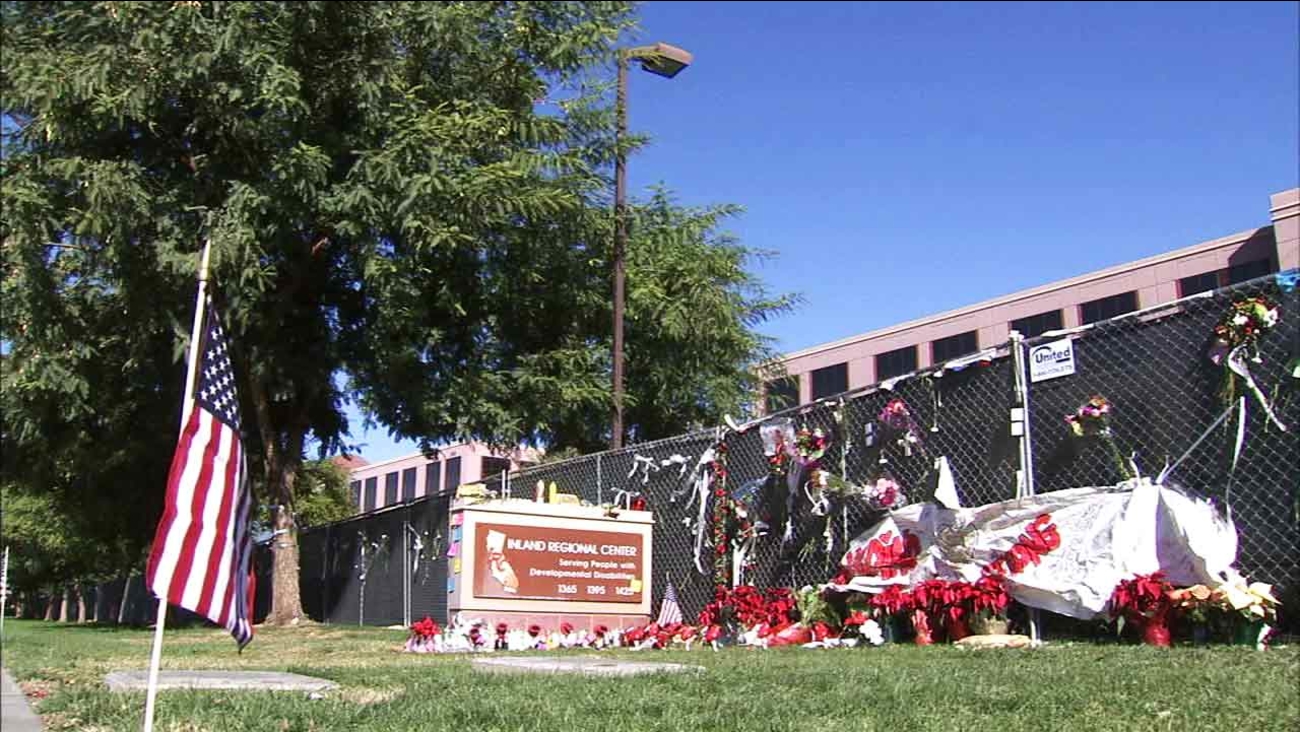 A memorial set up at the Inland Regional Center, where 14 people were killed in a terror attack on Wednesday, Dec. 2, 2015.

Arrowhead United Way said the quick raise in funds was partly due to The San Manuel and Morongo bands of mission Indians donating a combined $600,000 to help victims and their families.

A separate GoFundMe page set up by the city of San Bernardino has raised more than $100,000 since the attack.

The funds are expected to be evenly distributed among the families of the victims, as well as the surviving victims.

San Bernardino Mayor Carey Davis said he was appreciative of the overwhelming support on the GoFundMe page.

"The outpouring of support for the victims and families has been tremendous," he said. "We are grateful to have reached $100,000 and we hope this will provide further aid to the victims of the Dec. 2 tragedy."

Fourteen people were killed and 22 were injured when shooters Syed Farook and his wife Tashfeen Malik opened fire during a holiday banquet at the Inland Regional Center. The couple was later killed during a police shootout less than a mile away from the center.