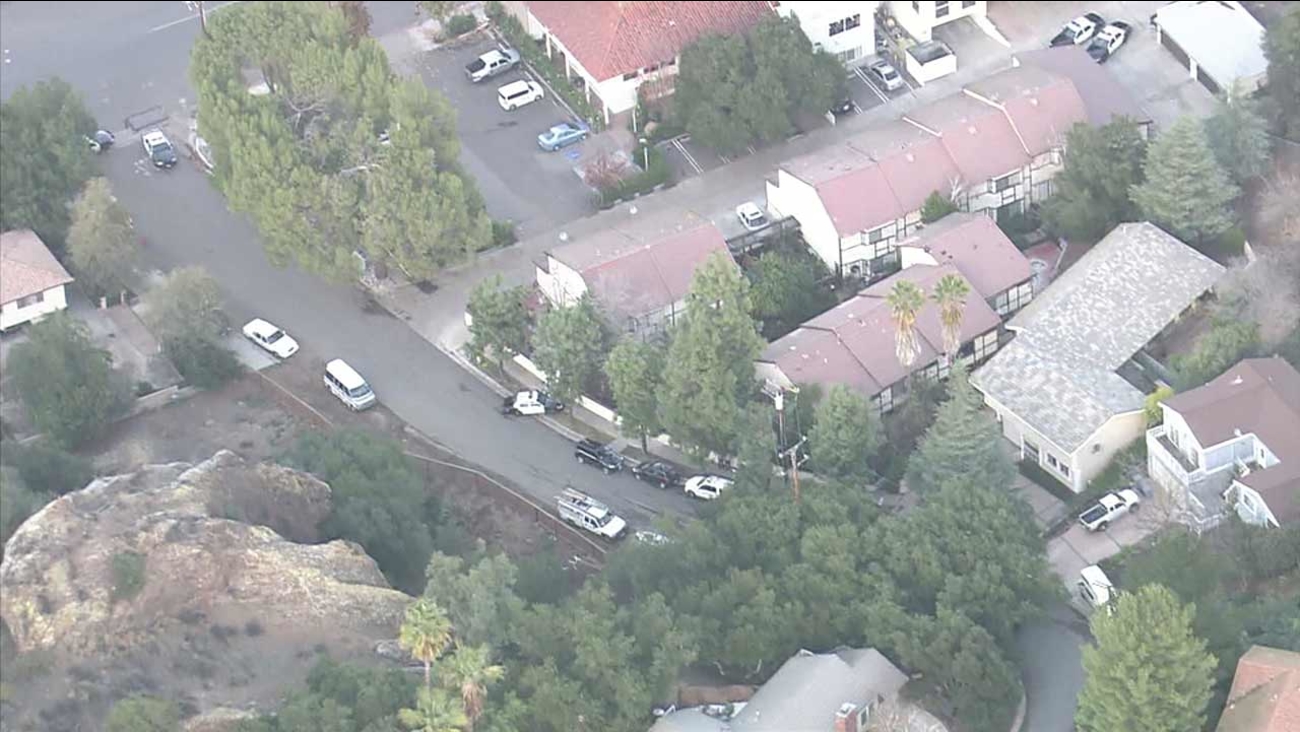 Los Angeles sheriff's deputies respond to reports of an armed barricaded man at an apartment complex in Agoura Hills on Wednesday, Dec. 23, 2015.

AGOURA HILLS, Calif. (KABC) -- An armed suspect surrendered to deputies after being barricaded for about 5 hours at an apartment complex in Agoura Hills on Wednesday.

Los Angeles County sheriff's deputies responded to reports of a person with a gun in the 4900 block of Lewis Road around 3 p.m.

Deputies learned the unidentified suspect was armed, and he threatened and assaulted a victim before barricading himself inside a unit at the complex.

The suspect later surrendered and was arrested around 8 p.m. after LASD crisis negotiation and special weapons teams helped bring the scene to a peaceful resolution, according to sheriff's officials.