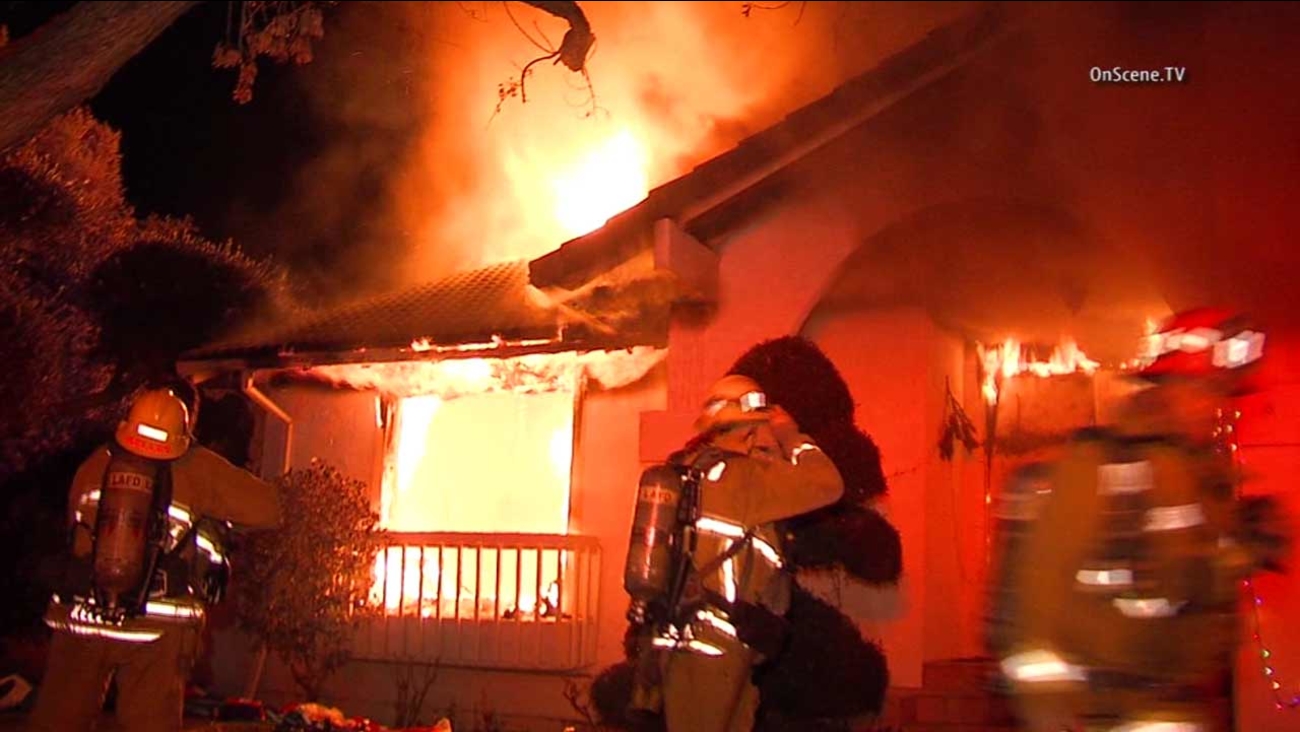 Los Angeles firefighters battle a blaze at a two-story home in the 17000 block of W. Blackhawk Street in Granada Hills on Monday, Jan. 4, 2015.

The fire was reported at a two-story residence in the 17000 block of W. Blackhawk Street at 12:22 a.m., LAFD spokeswoman Margaret Stewart said.

Ronald Castaneda, who lives next door, said he saw the flames coming down from a second-story window, and he actually felt the heat coming through the walls of his home.

"It was intense because I could feel it inside my house," he said.

It took 41 firefighters 48 minutes to knock down the blaze. No one was injured but the house was destroyed.

The cause of the fire remains under investigation. Authorities say they found remnants of a burned Christmas tree in the living room.