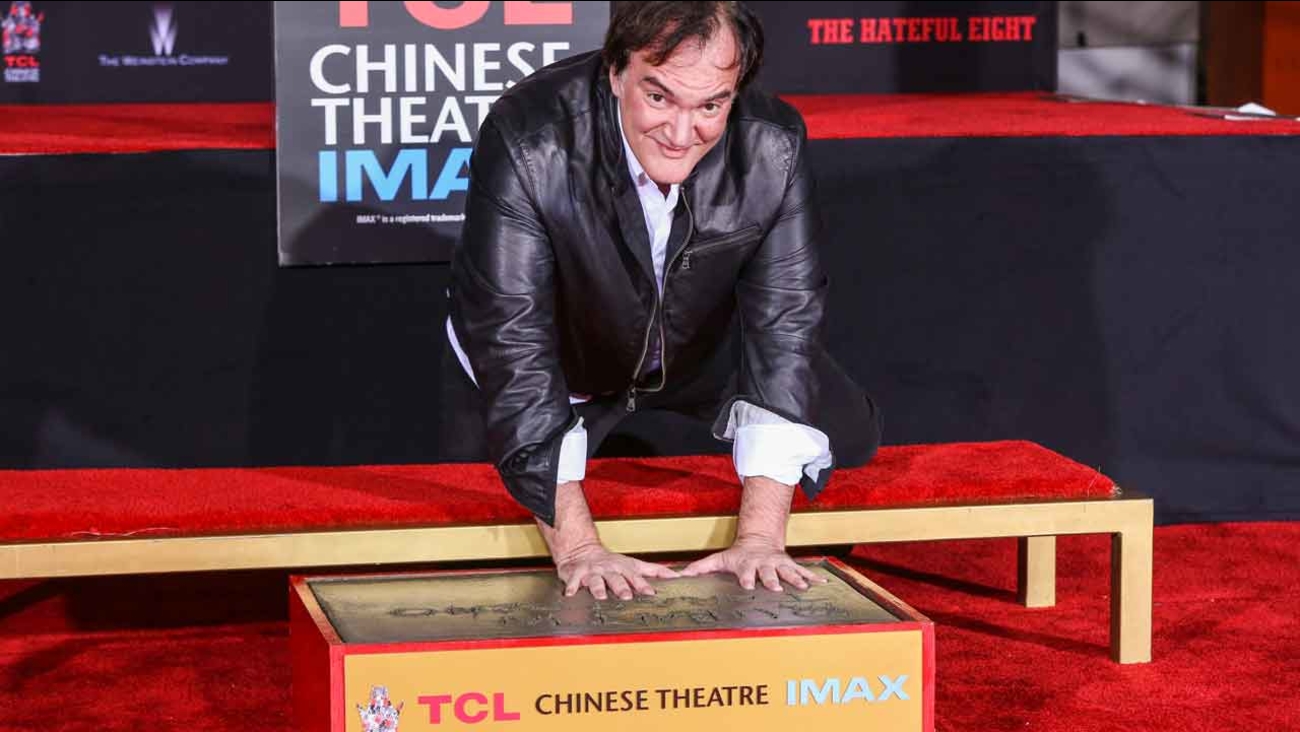 Quentin Tarantino poses in his handprints at a ceremony honoring him at the TCL Chinese Theatre on Tuesday, Jan. 5, 2016, in Los Angeles. (Rich Fury/Invision/AP)

HOLLYWOOD, LOS ANGELES (KABC) -- Quentin Tarantino and friends celebrated the director's latest Hollywood honor as he was immortalized in front of the TCL Chinese Theatre when he placed his handprints and footprints in cement.

The filmmaker became the 292nd artist to be honored with the cement square on Tuesday in Hollywood.

The downpours of rain many experienced throughout the morning did not dampen the spirits of his guests at the event, which included Robert Forster, Channing Tatum, Tim Roth, Christoph Waltz and Zoe bell.

Waltz, who appeared with the director when he received his star on Dec. 21, made the introduction speech for this honor as well.

The honor came less than a month after Tarantino received the 2,569th star on the Hollywood Walk of Fame.

Tarantino has won two Oscars for screenwriting for the films "Pulp Fiction" and "Django Unchained."

His latest film, "The Hateful Eight" was in theaters at the time of the event.