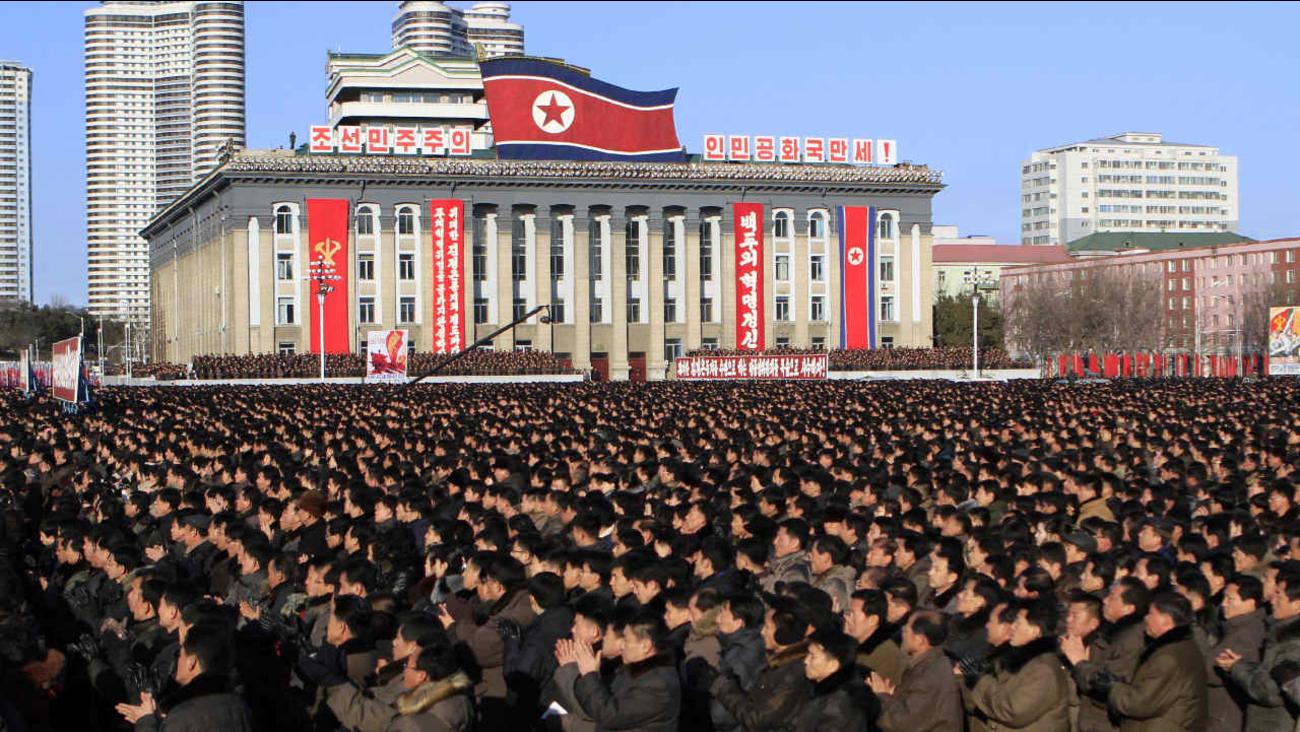 SEOUL, South Korea -- North Korea said Wednesday it had conducted a hydrogen bomb test, a defiant and surprising move that, if confirmed, would put Pyongyang a big step closer toward improving its still-limited nuclear arsenal.

A television anchor read a typically propaganda-heavy statement on state TV that said North Korea had tested a "miniaturized" hydrogen bomb, elevating the country's "nuclear might to the next level" and providing it with a weapon to defend against the United States and its other enemies.

The statement said the test was a "perfect success."

The test, if confirmed by outside experts, will lead to a strong push for new, tougher sanctions at the United Nations and further worsen already abysmal relations between Pyongyang and its neighbors.

North Korean nuclear tests worry Washington and others because each new blast is seen as pushing North Korea's scientists and engineers closer to their goal of an arsenal of nuclear-tipped missiles that can reach the United States.

While a hydrogen bomb is much more powerful than an atomic bomb, it is also much harder to make. In a hydrogen bomb, radiation from a nuclear fission explosion sets off a fusion reaction responsible for a powerful blast and radioactivity.

North Korea is thought to have a handful of rudimentary nuclear bombs and has spent decades trying to perfect a multistage, long-range missile to eventually carry smaller versions of those bombs. After several failures, it put its first satellite into space with a long-range rocket launched in December 2012.

Some analysts say the North hasn't likely achieved the technology needed to manufacture a miniaturized warhead that could fit on a long-range missile capable of hitting the U.S. But there is a growing debate on just how far the North has advanced in its secretive nuclear and missile programs.

In the first indication of a possible test, the U.S. Geological Survey measured an earthquake Wednesday morning with a magnitude of 5.1. An official from the Korea Metrological Administration, South Korea's weather agency, said the agency believed the earthquake was caused artificially based on an analysis of the seismic waves and because it originated 49 kilometers (30 miles) north of Kilju, the northeastern area where North Korea's main nuclear test site is located. The country conducted all three previous atomic detonations there.

The test is a surprise, both in its purported type and its timing.

North Korea hadn't conducted an atomic explosion since early 2013, and leader Kim Jong Un did not mention the country's nuclear weapons in his New Year's speech. Outside analysts speculated that Kim was worried about deteriorating ties with China, the North's last major ally, which has shown signs of greater frustration at provocations and a possible willingness to allow strong U.N. sanctions.

The size of Wednesday's quake is bigger than seismic activity reported in previous atomic bomb tests. Yonhap news agency reported that quake monitoring agencies detected magnitudes of seismic activity of 3.7 in 2006; 4.5 in 2009 and 4.9 in 2013.

After the North's third atomic test, in February 2013, Pyongyang launched a campaign of bellicose rhetoric that included threats to launch a nuclear attack on the United States and Seoul. North Korea claimed in 2013 that it had scrapped the 1953 armistice that ended fighting in the Korean War. Pyongyang has also restarted a plutonium nuclear reactor shuttered after a 2007 nuclear deal that later fell apart.