Woman arrested in string of jewelry store robberies across the Southeast 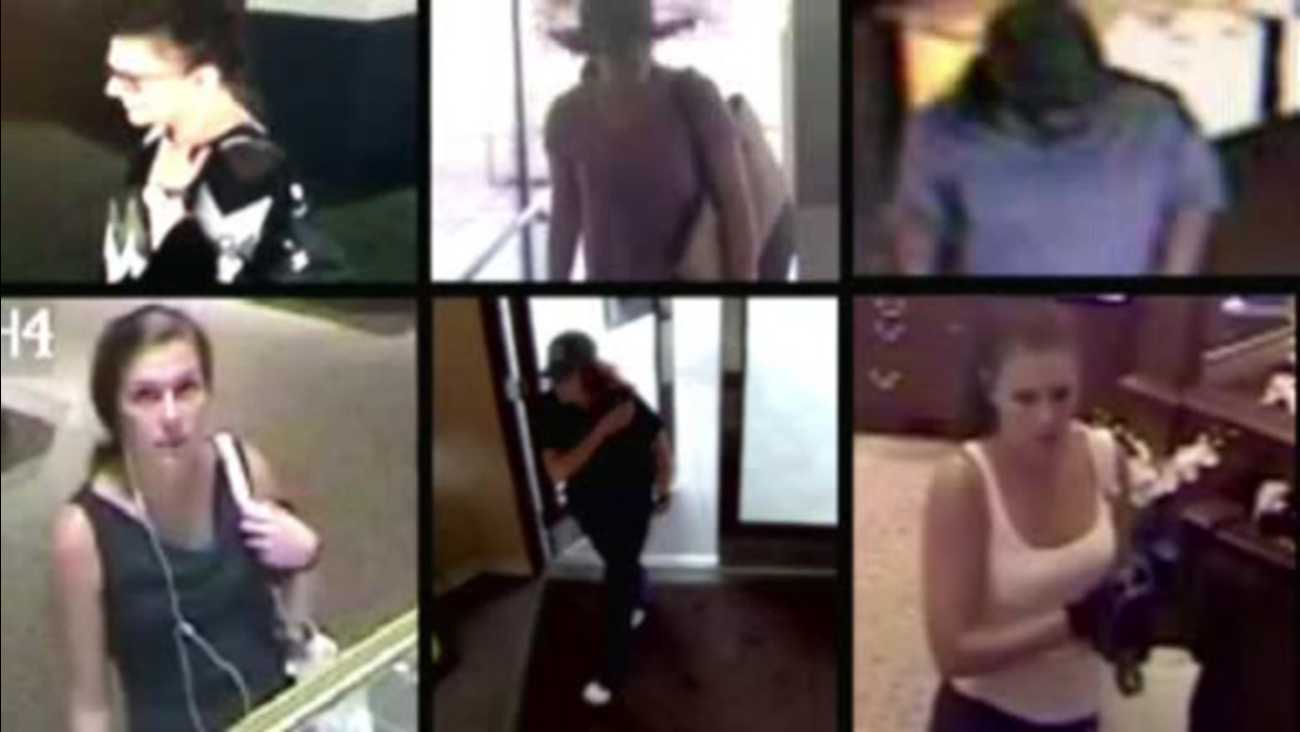 ATLANTA -- A woman suspected in multiple jewelry store robberies across the Southeast has been arrested in Georgia along with one other person with her at the time, the FBI said late Saturday.

An FBI statement said 24-year-old Abigail Lee Kemp was arrested without incident Friday in the Atlanta suburb of Smyrna, Georgia. The statement added that the other person with Kemp then also was taken into custody, but the agency cited the ongoing investigation in declining to identify the other person or give more details about the arrests.

Kemp's hometown also wasn't released, and it wasn't immediately known if she had an attorney.

Amanda Warford Videll, a spokeswoman for the FBI's Jacksonville, Florida, field office, confirmed to The Associated Press via email that the woman's arrest comes amid an investigation of jewelry store robberies last year in Sevierville, Tennessee; Bluffton, South Carolina; Panama City Beach, Florida; and Dawsonville and Woodstock in Georgia. She said the latest robbery occurred recently in Mebane, North Carolina.

A statement she released said agents from the FBI in Atlanta made the arrests while helping investigators in the agency's Jacksonville, Florida, division.

The spokeswoman said the FBI had gotten "numerous credible leads from the public" within hours of issuing a release in recent days requesting help in the case.

The FBI said the case would be handled by the United States Attorney's Office for the Northern District of Florida.
Related topics:
robberyjewelry theftfbiu.s. & world
Copyright © 2021 by The Associated Press. All Rights Reserved.
More Videos
From CNN Newsource affiliates
TOP STORIES
California calls for pause to distributing some Moderna vaccine