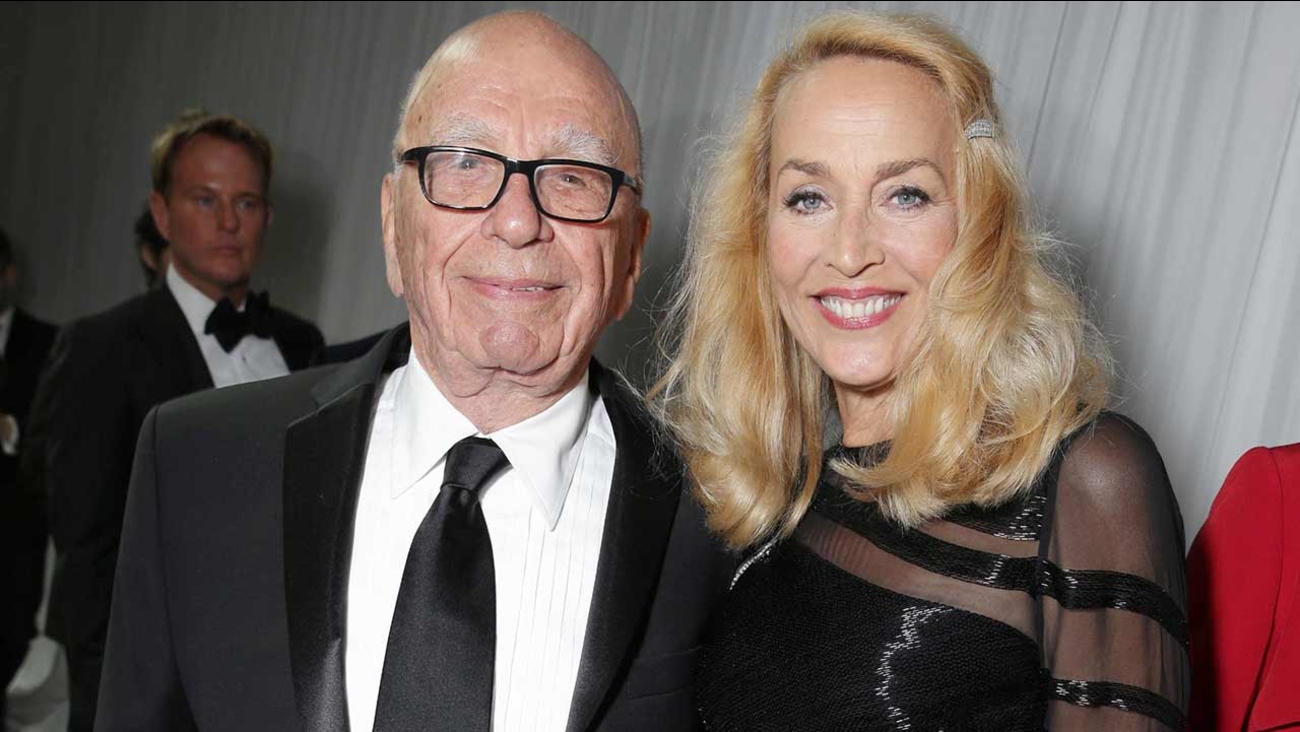 LONDON -- Media mogul Rupert Murdoch has announced his engagement to Jerry Hall, the American actress and former supermodel who had a long-time relationship with Mick Jagger.

Murdoch, 84, and Hall, 59, placed a classified ad in the Births, Marriages and Deaths section of Tuesday's Times newspaper, which is owned by Murdoch's News Corp.

Murdoch, the executive chairman of News Corp., and Hall have been dating since late summer after being introduced by one of Murdoch's sisters and his niece in his native Australia, the Times reported in a story posted online. They made their relationship public in October when they appeared together at the Rugby World Cup Final in London and got engaged last weekend while attending the Golden Globes Awards in Beverly Hills, California.

"They have loved these past months together, are thrilled to be getting married and excited about their future," a spokesperson for the Murdoch family told the Times.

Murdoch has six children from his three previous marriages. He was married to Patricia Booker, an Australian, and then to Scottish-born journalist Anna Torv. He later married Chinese-born Wendi Deng, whom he divorced in 2013.

Hall, a Texas native, moved to Paris as a teenager to pursue a modeling career. She was one of the most photographed supermodels in the 1970s and dated Roxy Music's lead singer Bryan Ferry. She entered a long-term relationship with the Rolling stones frontman in the late 1970s.