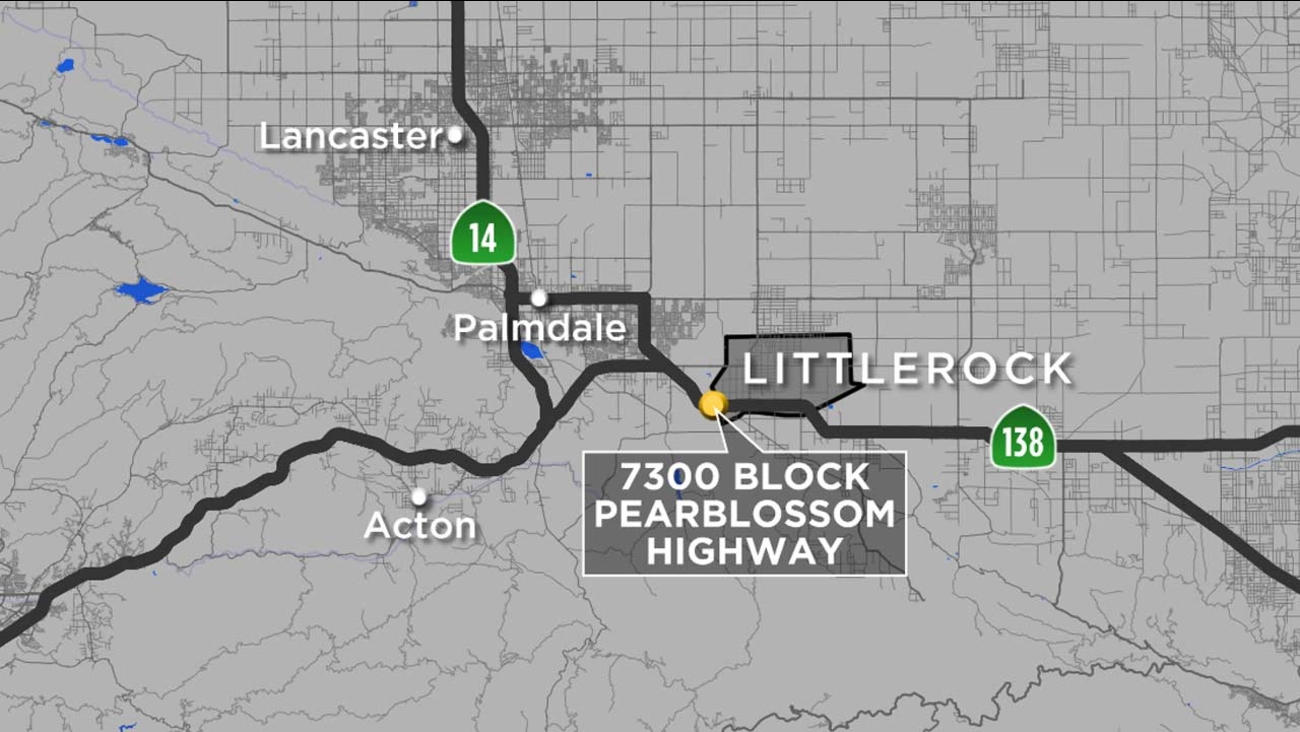 A map shows the location of a medical marijuana dispensary in Liittlerock, California. A worker at the shop was shot and injured during an armed robbery on Thursday, Jan. 14, 2016. (KABC)

LITTLEROCK, Calif. (KABC) -- A worker at a medical marijuana dispensary in Littlerock was shot in the stomach after a group of masked men stormed the store on Thursday.

Sheriff's deputies from the Palmdale station said they received a 911 call about an armed robbery at the Littlerock Medical Marijuana Dispensary on the 7300 block of Pearblossom Highway around 4 p.m. Thursday.

Responding deputies found a male employee shot in the stomach area. Authorities said another male was pistol whipped in the head and a third male was kicked and punched.

The victims described the suspects as three to five males wearing black hoodie-type jackets and masks covering their faces. Two of the suspects were armed with semi-automatic handguns.

All three victims were transported to local hospitals, where they were treated for their injuries, which were described as not life threatening.