Child abducted by father in Covina during unmonitored visit 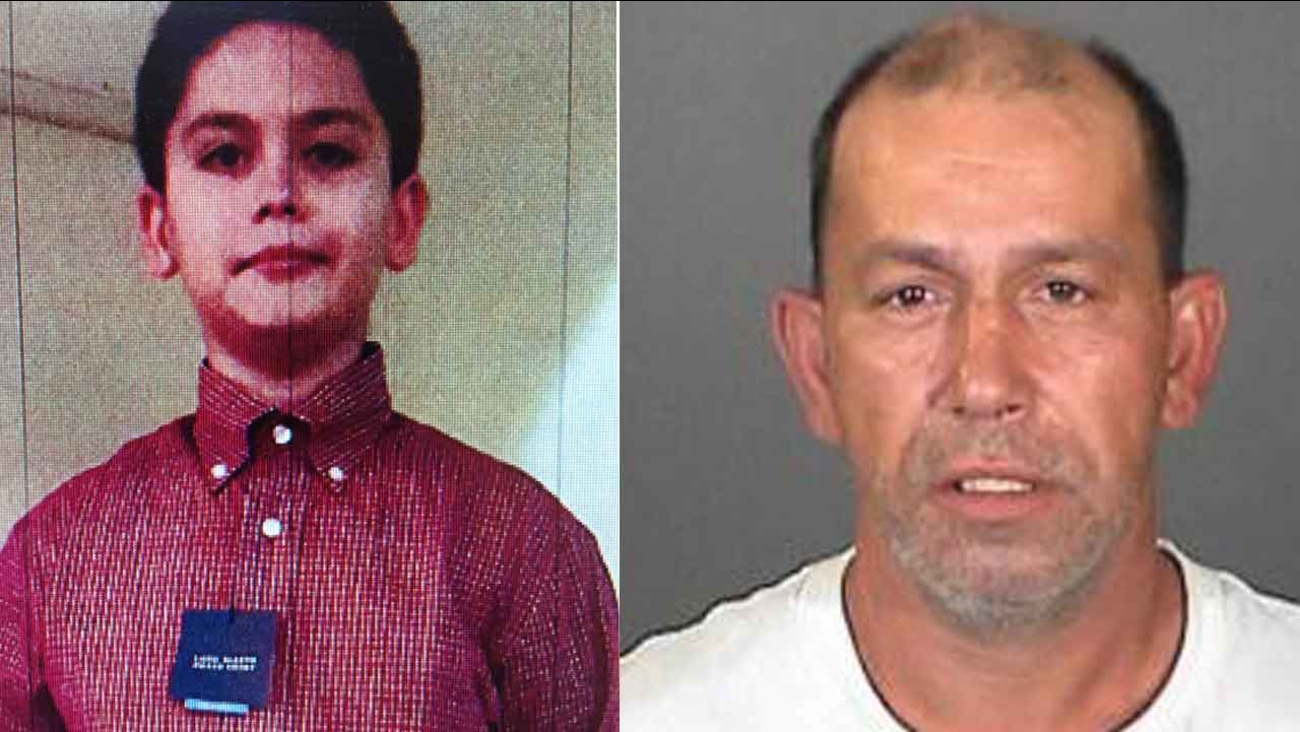 Michael Stevens, 10, (Left), is pictured next to his father, Michael Joseph Stevens (Right), who is believed to have abducted him Friday, Jan. 15, 2016.

COVINA, Calif. (KABC) -- Covina police are asking for the public's help in locating a 10-year-old boy who was abducted by his biological father on Friday during a court ordered and unmonitored visit.

The pair was last seen around 3:30 PM walking in the Von's Shopping Center located at 932 E. Badillo Street.

The suspect is possibly driving a 2006 gray Toyota Tundra. The license plate on the vehicle was unknown, according to police.

The child, Michael Stevens, who is described as 5 feet and 1 inch tall, weighing about 133 pounds, has brown hair and brown eyes.

He was last seen wearing blue jeans, a blue striped shirt over a white t-shirt, a gray zippered hooded sweatshirt and blue and white Nike shoes.

He was last seen wearing blue jeans and a blue and white button-down shirt over a white t-shirt and a dark-colored baseball hat.

The suspect's last known address was in San Bernardino, and the child's biological mother lives in Nevada.