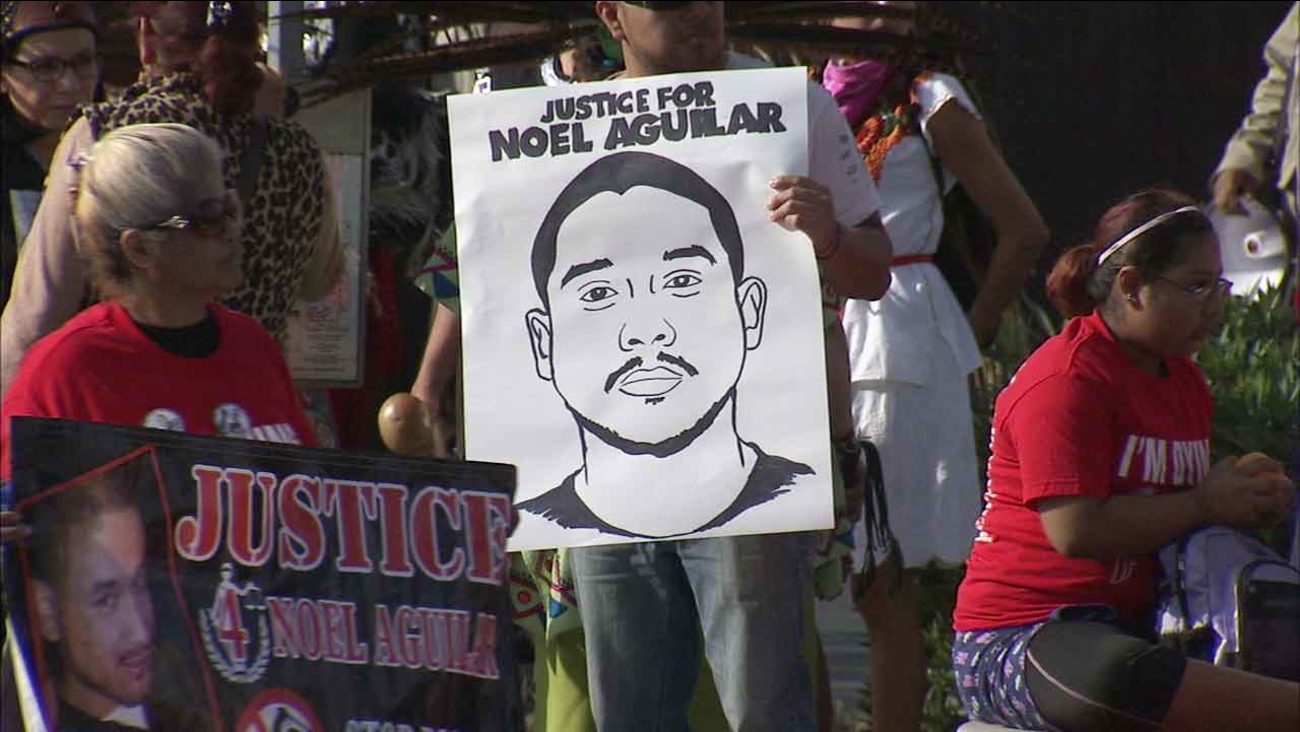 Dozens of protesters voice their outrage on Saturday, Jan. 16, 2016, over the 2014 fatal shooting of Noel Aguilar in Long beach, Calif.

LONG BEACH, Calif. (KABC) -- Law enforcement officers were out in force in Long Beach on Saturday, where dozens of protesters voiced their outrage over a 2014 fatal police shooting.

Many of the activists were out in the middle of the street, where Los Angeles County sheriff's deputies were trying to keep the protest from getting out of control.

The demonstrators were demanding justice for Noel Aguilar. The 23-year-old was shot to death in a struggle with deputies. Authorities said he resisted arrest.