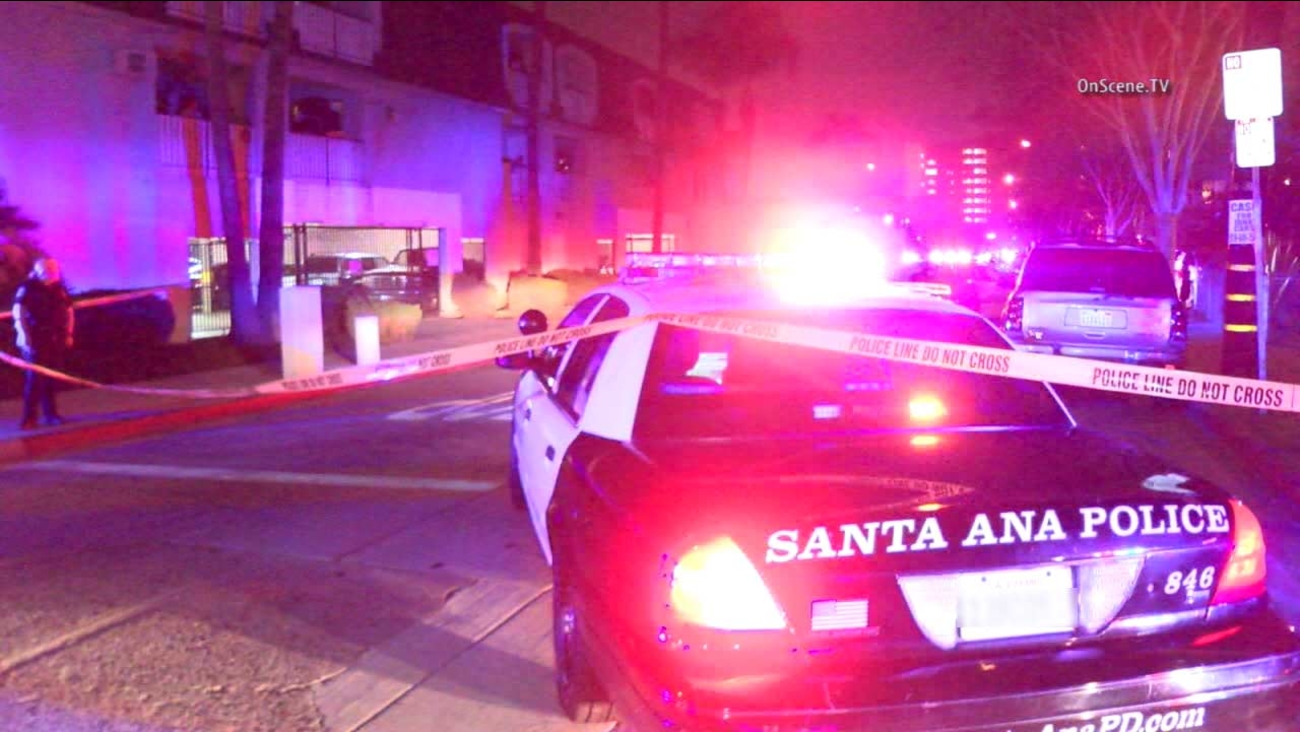 A Santa Ana police vehicle is shown near the scene of an officer-involved shooting in the 1000 block of Parton Street on Sunday, Jan. 17, 2016. (OnScene.TV)

The first shooting occurred in the 1000 block of North Parton Street around 7:20 p.m. A man was shot in the upper body and taken to a local hospital. Police believe this was a gang-on-gang shooting. The condition of the injured man was not known.

Approximately two hours later, officers in the same block of North Parton Street made contact with three male suspects, one of whom had a weapon.

This is when the officer-involved shooting occurred. Authorities said one suspect was hit and transported to a local hospital in unknown condition. A weapon was located at the scene. No officers were injured.