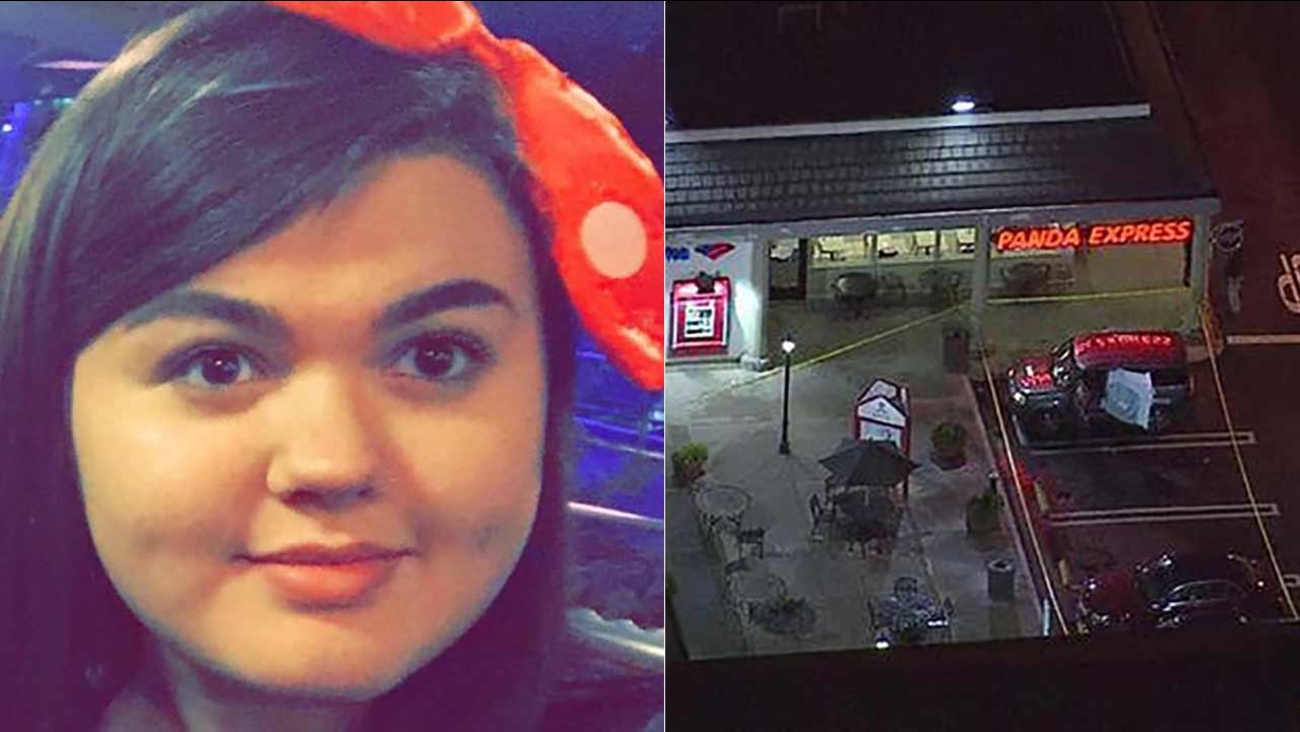 Kristine Carman, 17, was fatally shot in the parking lot of the Villa Marina Marketplace Mall near Maxella and Glencoe avenues in Marina del Rey Wednesday, Jan. 6, 2016.

MARINA DEL REY, Calif. (KABC) -- Authorities have arrested and charged a 21-year-old man in the shooting death of a Texas girl in Marina del Rey earlier this month.

Cameron Frazier was taken into custody Monday by members of the FBI Fugitive Task Force outside of his residence in Vista in San Diego County.

He's accused of killing Kristine Carman, 17, of Houston, on Jan. 6 following a botched robbery outside Jerry's Famous Deli at the Villa Marina Marketplace Mall near Maxella and Glencoe avenues.

"This lone suspect walked up on the car, made contact with a group in a parking lot near the car, then fired shots into the car and hit our victim who was in the backseat," said Lt. John Radtke of the Los Angeles Police Department.

Carman, who lived in Houston but was visiting relatives in the Southland, was pronounced dead at the scene.

Frazier has been charged with one count of murder with a special circumstance allegation of murder during the commission of a robbery. He is being held without bail.

The suspect was expected to make his first court appearance Wednesday afternoon.