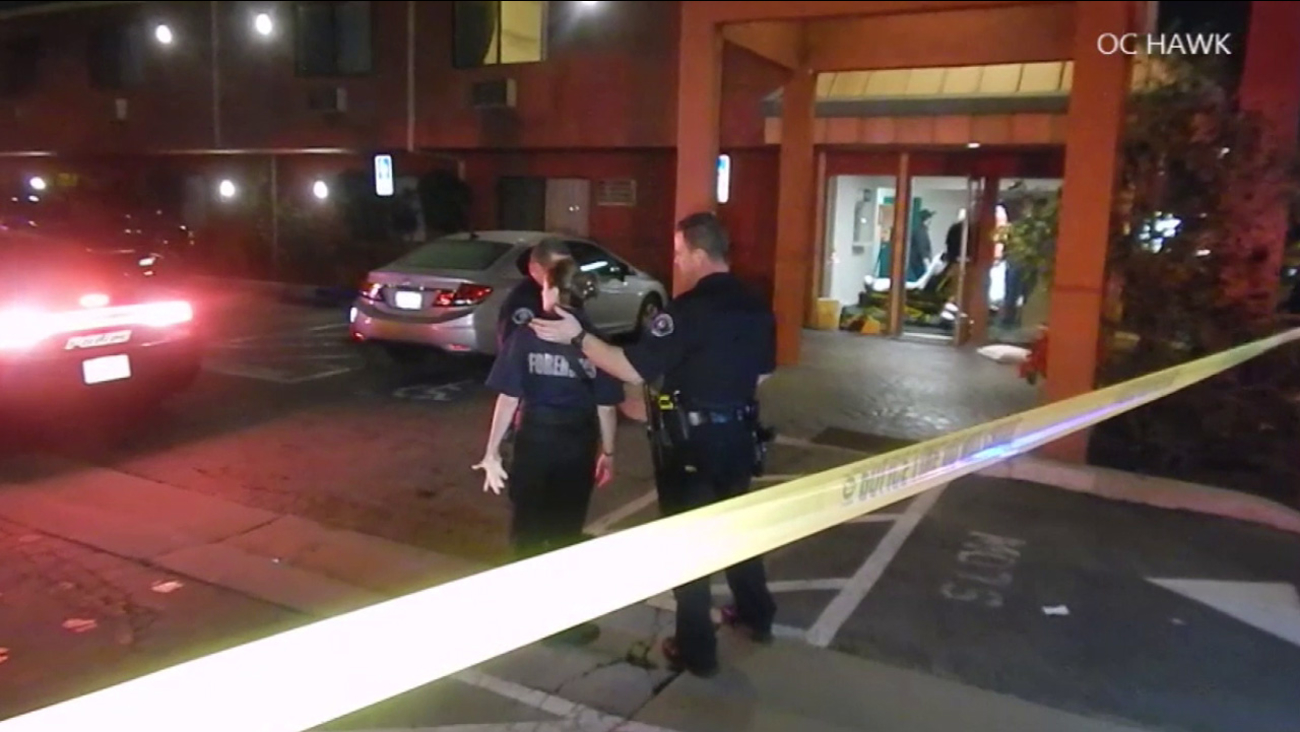 Buena Park police respond to a report of a melee inside the lobby of the Commonwealth Airport Inn in the 8100 block of Commonwealth Avenue Wednesday, Jan. 20, 2016.

BUENA PARK, Calif. (KABC) -- One person was stabbed and six others were injured when a melee broke out in the lobby of a Buena Park hotel Wednesday night after witnesses say the hotel manager asked a woman, who was not a guest, to leave.

Two females, a juvenile and another woman in her 20s, were treated at West Anaheim Medical Center for injuries they suffered in the fight, Concialdi said. Another juvenile female suffered minor injuries and was treated at the scene, he said.

The motel is located about a block away from the Fullerton Municipal Airport.

As of Thursday morning, no arrests had been made in the case since most of those involved remained hospitalized.