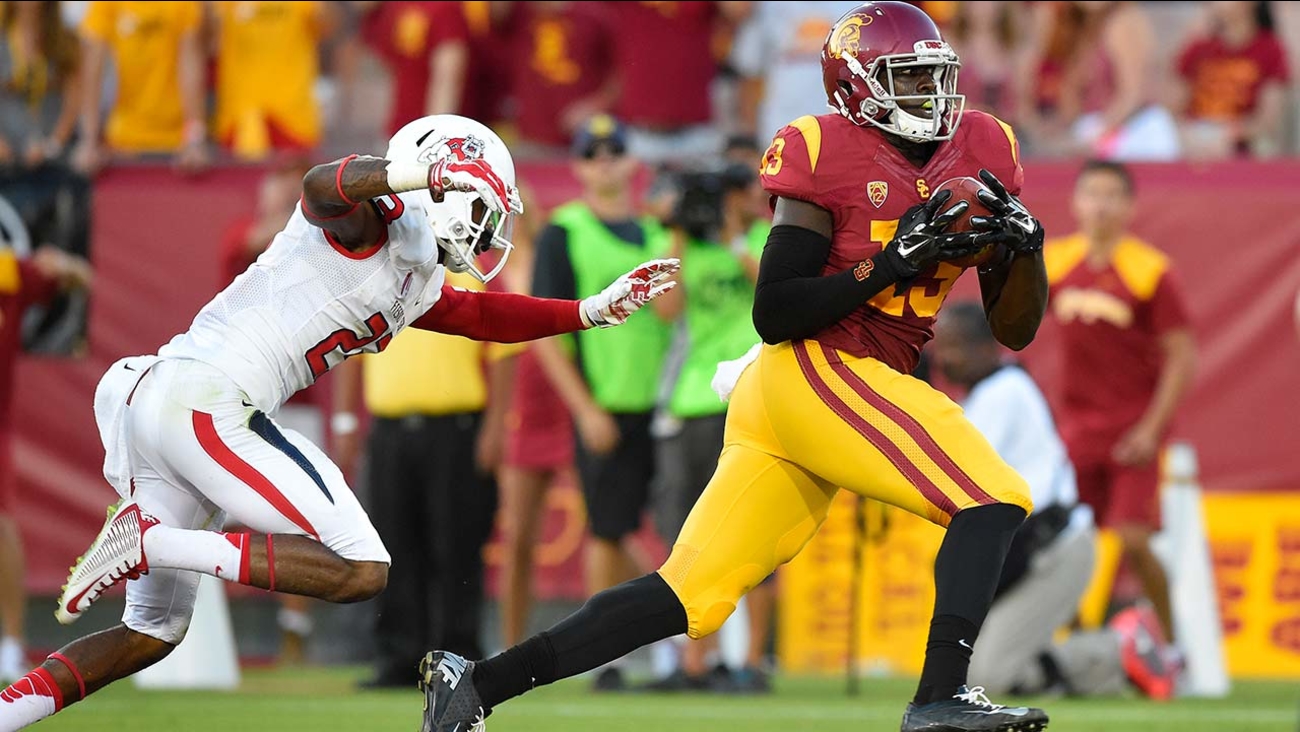 LOS ANGELES (KABC) -- Two former college football players, one from USC and another from Louisiana State University, were charged on Thursday for a string of robberies in South Los Angeles.

Ex-USC tight end Bryce Dixon and former LSU defensive lineman Trey Lealaimatafao, both 19, were each charged with five counts of second-degree robbery and one count each of carjacking, attempted carjacking and assault with a deadly weapon.

Both pleaded not guilty at their arraignment Thursday afternoon and were told to return to court next month.

According to prosecutors, both men allegedly committed several robberies in South
Los Angeles on Tuesday. Authorities said Dixon and Lealaimatafao would allegedly stop people, threaten them and steal their belongings. Both were arrested later that day.

Lealaimatafao, a redshirt freshman who had yet to take the field in a game for LSU, was dismissed after an arrest on allegations of hitting a woman outside a bar after she tried to stop him from robbing her unconscious boyfriend.

Dixon was dismissed from the team at USC over sexual misconduct allegations, though a judge overturned Dixon's expulsion, allowing him to return to USC as a student.

If convicted as charged, Dixon and Lealaimatafao each face a possible maximum sentence of more than 15 years in state prison.

The case remains under investigation by the Los Angeles Police Department's Southwest Division.