Burbank hatchet suspect was convicted of murder in 1998 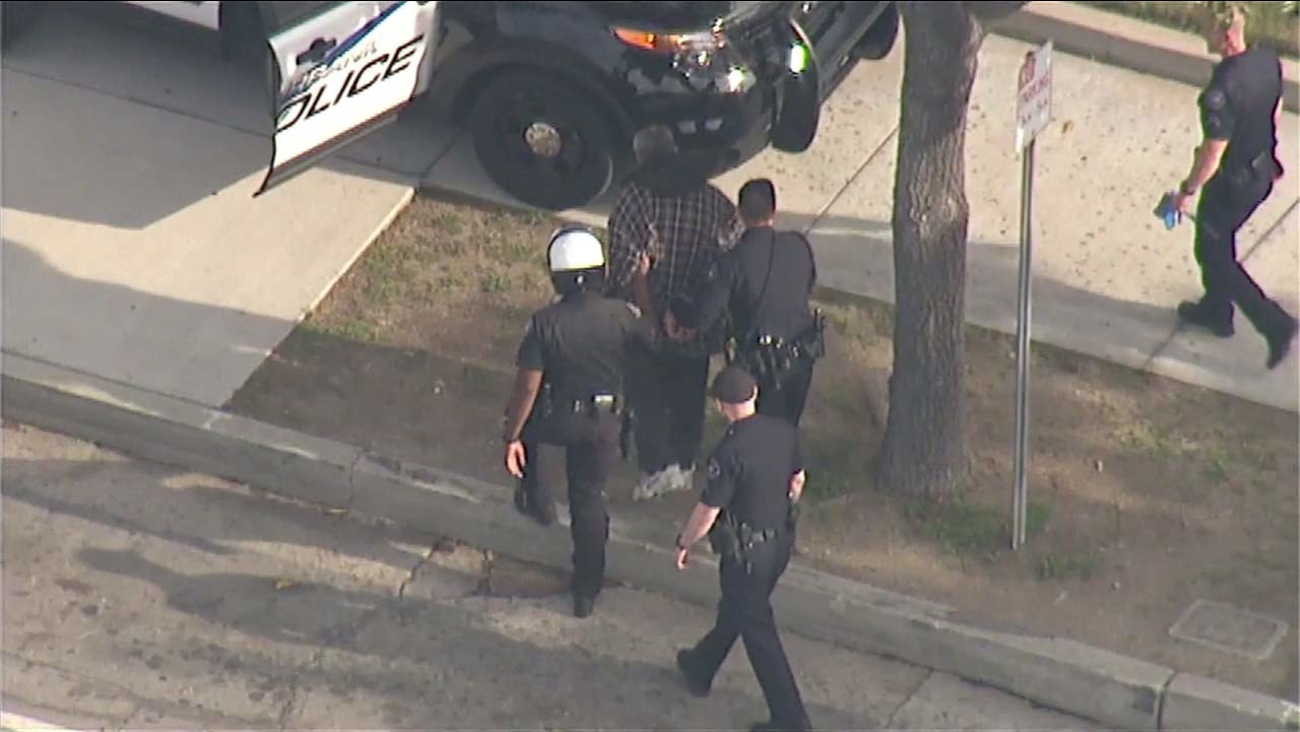 Leo Cox , 42, is seen being detained by Burbank police after he allegedly threatened someone with a hatchet on Wednesday, Jan. 20, 2016. (KABC)

BURBANK, Calif. (KABC) -- The homeless man suspected of threatening another man with a hatchet in a Burbank park on Wednesday is a convicted killer.

Leo Cox was arrested at McCambridge Recreation Center on Wednesday.

Police said the 24-year-old raised a hatchet and yelled at a man who was getting out of his car around 2:10 p.m. The victim was not seriously hurt.

Cox was charged on Friday with assault with a deadly weapon.

According to court papers, Cox was convicted of murder in Gainesville, Florida in 1998. He was also convicted of assault with a deadly weapon in Dallas in 2014.

If convicted as charged, Cox faces a possible maximum sentence of 25 years to life in state prison. 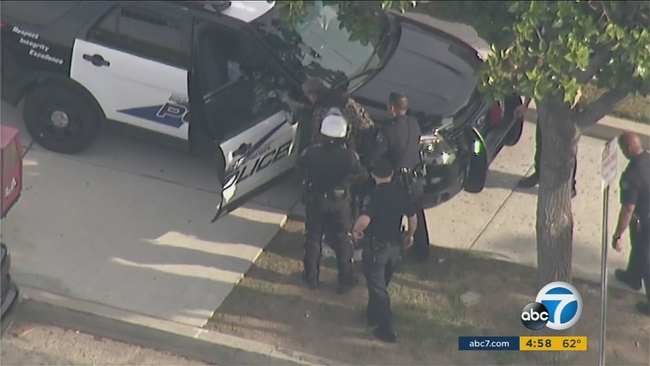