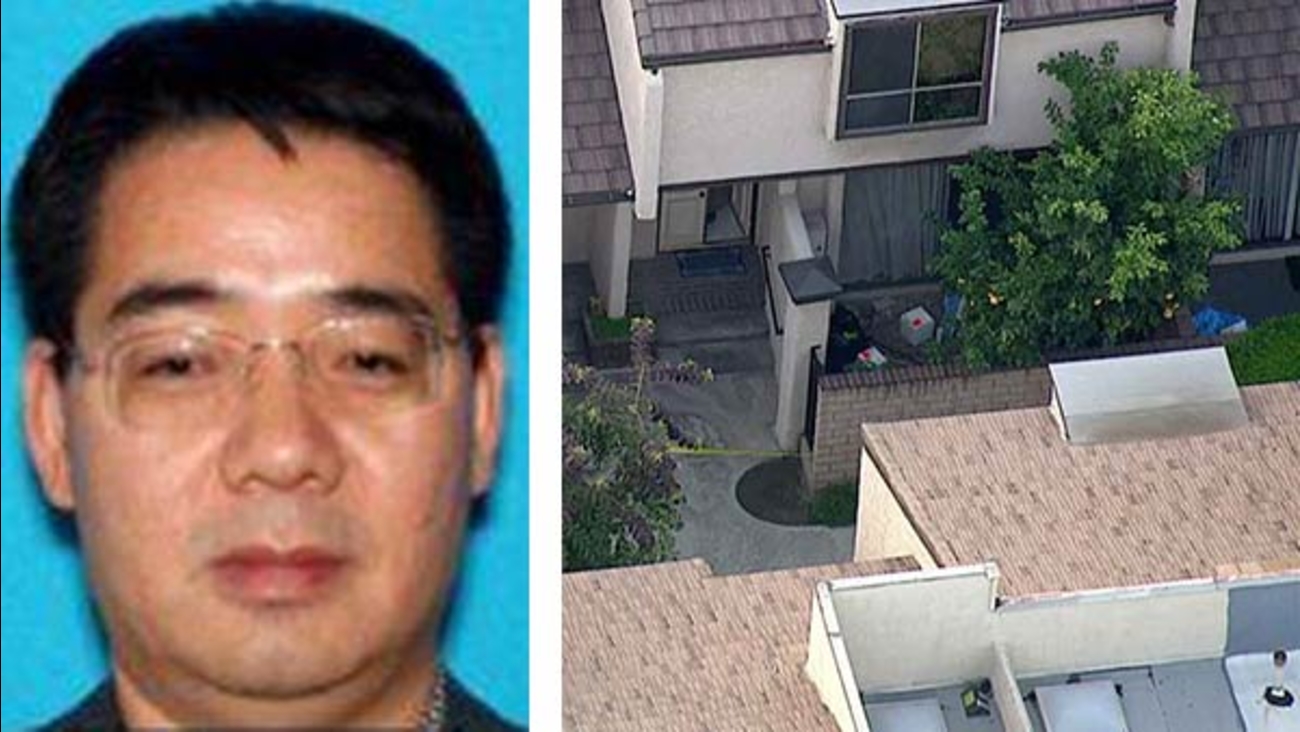 Deyun Shi, 44, is wanted in the double murder of his nephews in Arcadia and the attempted murder of his wife in La Canada, according to the Los Angeles County Sheriff's Department.

LOS ANGELES (KABC) -- A family member wanted in connection to the double murder of two Arcadia teens was taken into custody Saturday in Hong Kong, according to the FBI.

Deyun Shi, 44, had boarded a plane to China Friday morning. In the afternoon, authorities found two teenagers, 15 and 16, dead in a home in the 400 block of Fairview Avenue.

The teens suffered blunt force trauma to their bodies and were discovered in separate levels of the home.

Los Angeles County sheriff's deputies said the parents of the teens went to check on their aunt in the La Canada Flintridge area Thursday night after authorities said Shi attacked her with a wood splitting tool.

After checking on her, the parents went to bed and they woke up the next morning to find their sons' bodies.