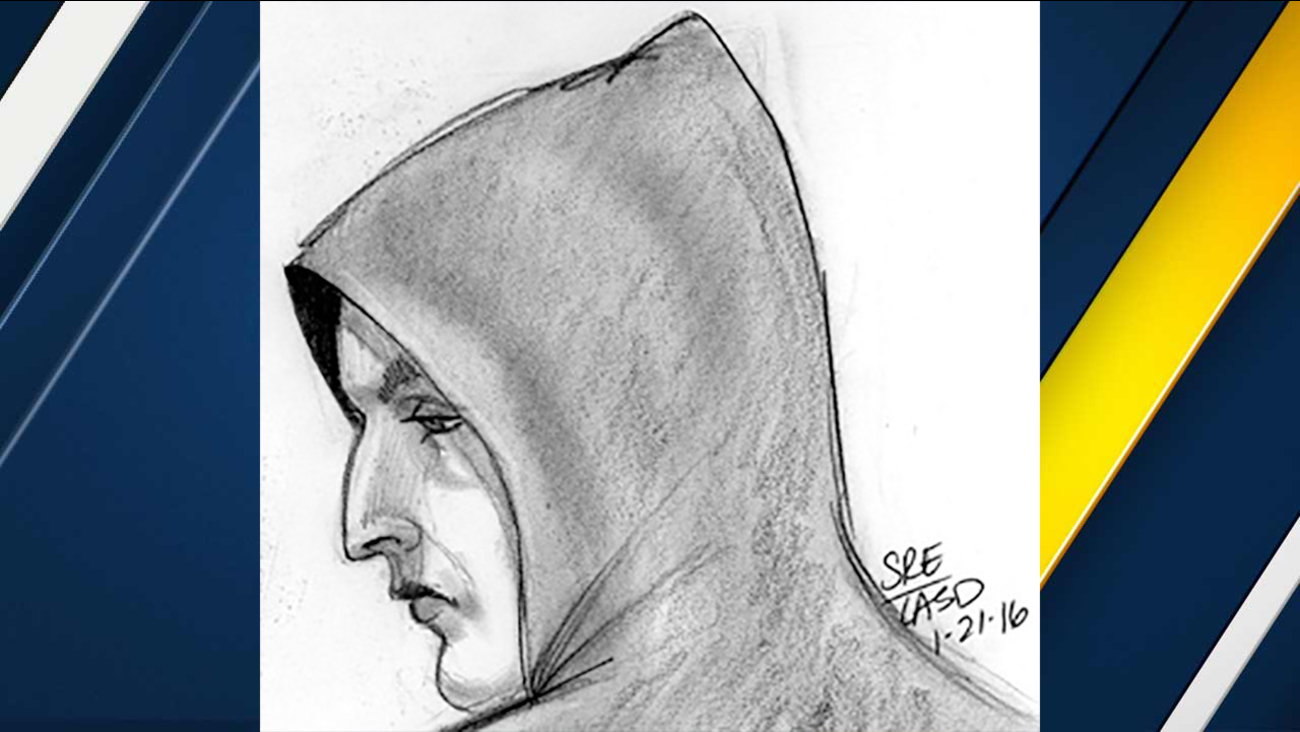 Santa Monica police released a composite sketch of a suspect who allegedly sexually assaulted a woman along the 1600 block of the beach on Wednesday, Jan. 13, 2016.

SANTA MONICA, Calif. (KABC) -- The Santa Monica Police Department is asking for the public's help to identify a suspect who allegedly sexually assaulted a woman on the beach.

The incident occurred at about 6:15 p.m. on Jan. 13 as the female victim walked southbound along the waterline in the 1600 block of the beach.

Police say the suspect, who was walking northbound toward her, said something in Spanish as he passed her, then grabbed her from behind and threw her to the ground. He held her down and sexually assaulted her, police said.

He fled following the assault. He was described as a light-skinned Hispanic or white man in his 30s, between 5 feet 6 inches tall and 5 feet 9 inches tall and 180 pounds.

He was last seen wearing dark-colored pants and a black hooded sweatshirt with the hood pulled over his head.