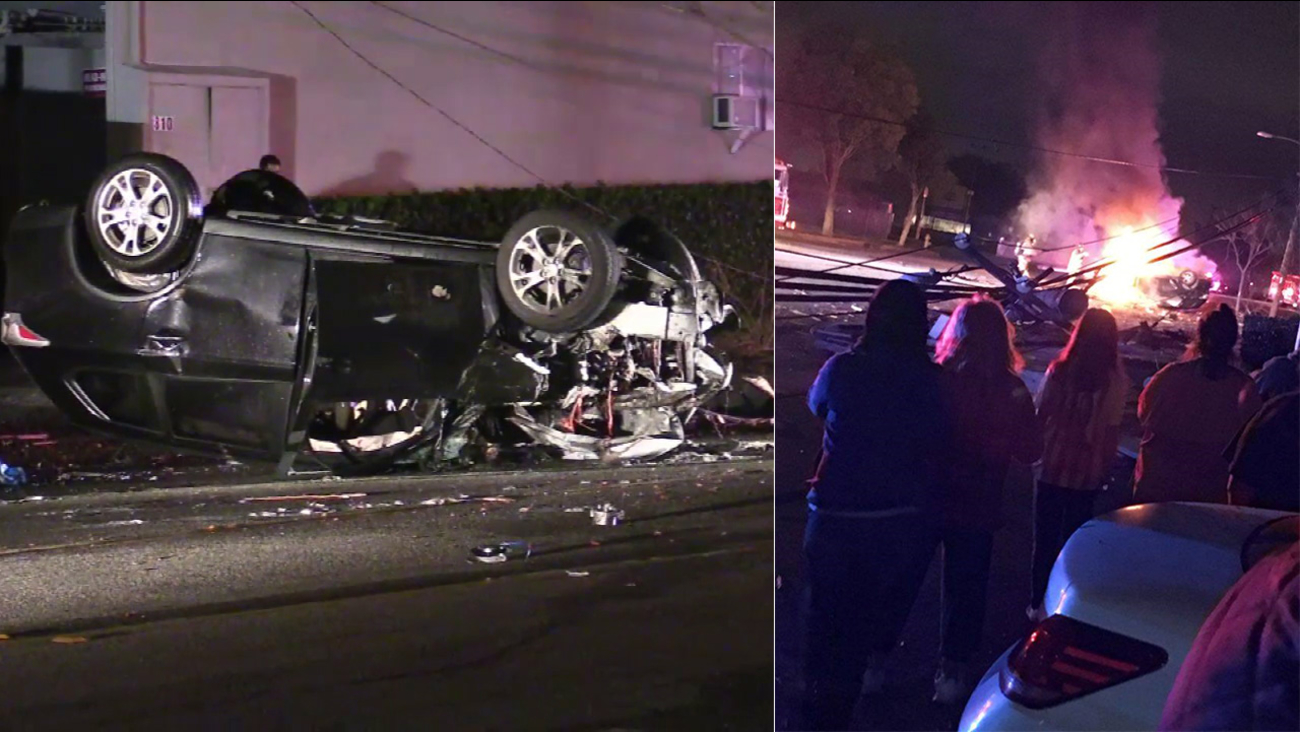 A suspect slammed a stolen vehicle into a power pole near W. 11th Street and N. San Antonio Avenue in Upland Saturday, Jan. 23, 2016 while fleeing from police.

UPLAND, Calif. (KABC) -- About 1,100 people were left without electricity in Upland Saturday night after a suspect slammed a stolen vehicle into a power pole while fleeing from police, authorities said.

Upland police said officers were attempting to stop the driver for suspicious activity when he took off, nearly running over one of the officers. The driver crashed into a nearby power pole and was airlifted to a local hospital.

During the later investigation, officers learned the vehicle had been reported stolen in Los Angeles. Further details on the suspect's condition were not immediately released.