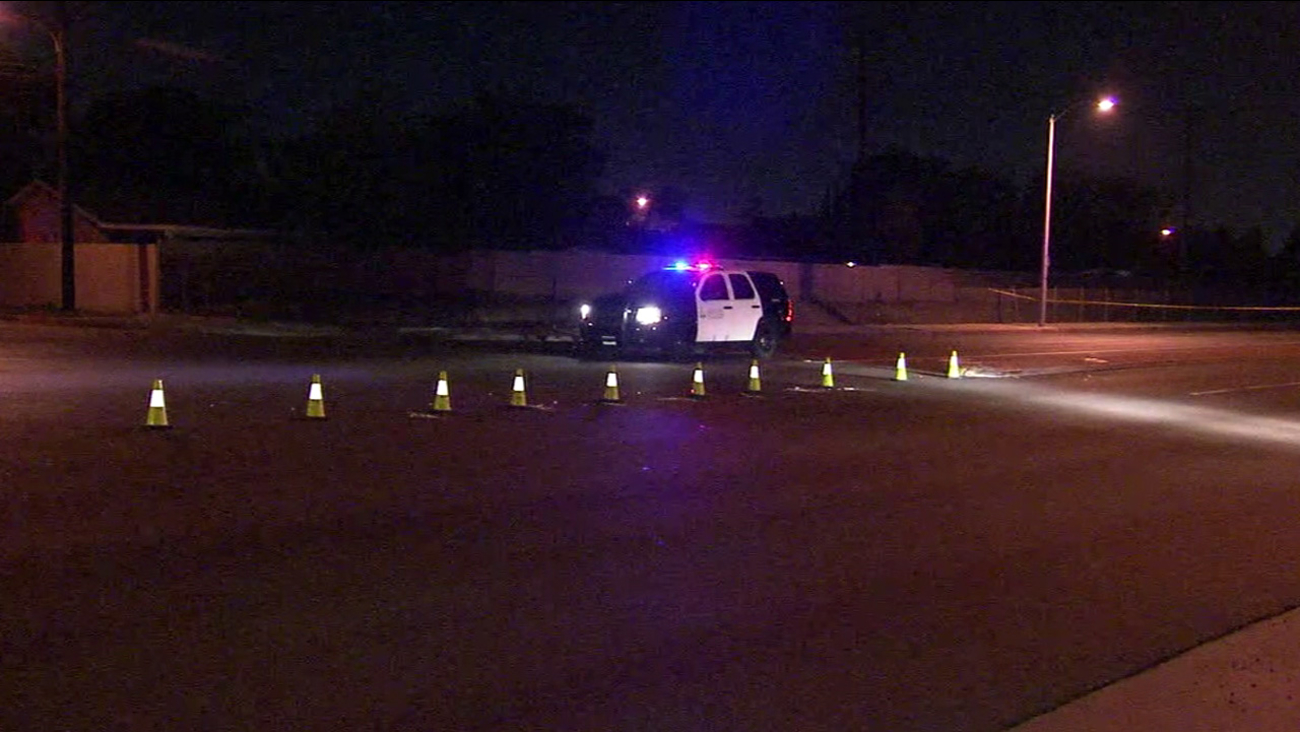 A man was struck and killed by a hit-and-run driver while walking near the area of Fairview Street and Edinger Avenue in Santa Ana on Sunday, Jan. 24, 2016.

SANTA ANA, Calif. (KABC) -- Police were searching for a hit-and-run driver accused of striking and killing a pedestrian in Santa Ana Sunday night.

Officers were dispatched to the area of S. Fairview Street and W. Edinger Avenue around 6 p.m. to investigate reports of a person down.

Officials from the Orange County Fire Authority found the victim suffering from numerous injuries and pronounced the man dead at the scene.

Authorities said they believe the suspect fled on foot after the crash.

The suspect's vehicle was found in the 1900 block of W. Chestnut Avenue and was being processed for evidence, officials said.