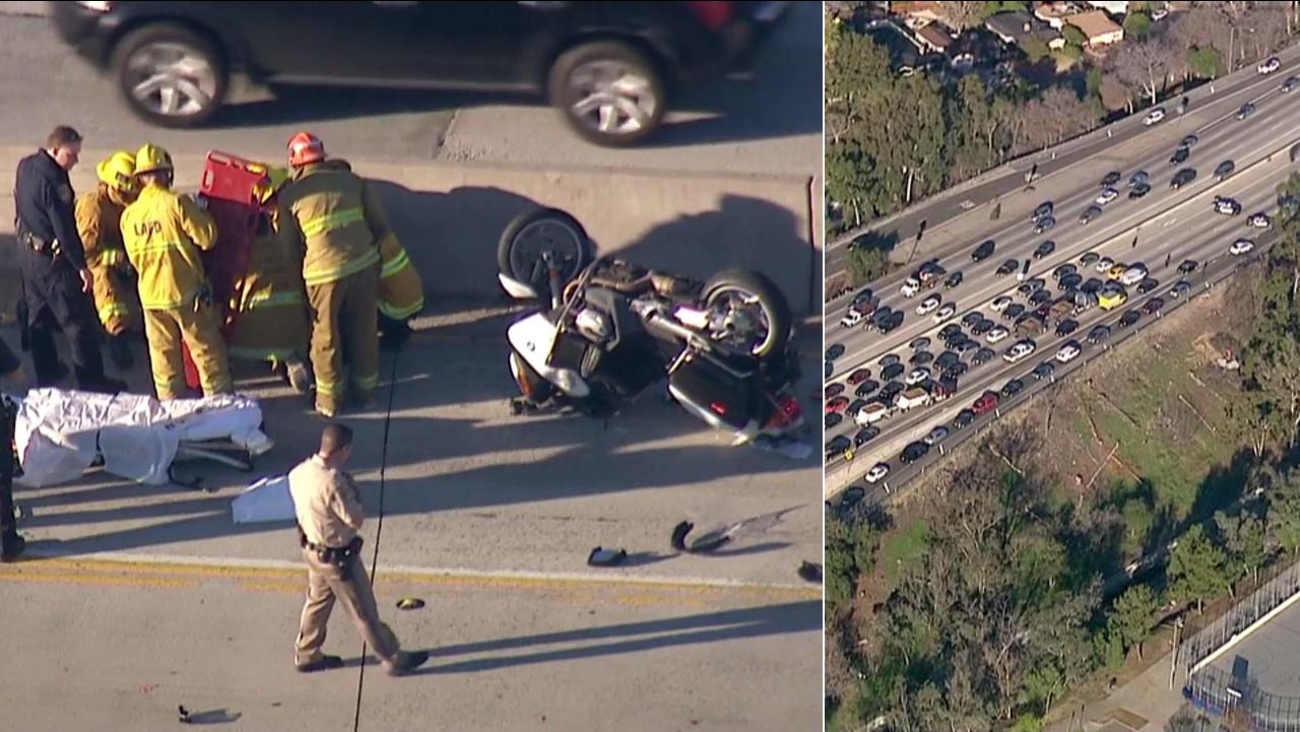 A CHP motorcycle officer was involved in a multi-vehicle crash on the northbound 170 Freeway near the Burbank Boulevard exit in North Hollywood on Monday, Jan. 26, 2016. (KABC)

NORTH HOLLYWOOD, LOS ANGELES (KABC) -- A California Highway Patrol motorcycle officer was injured in a collision with a car on the northbound 170 Freeway in North Hollywood on Monday.

The crash occurred near the Burbank Boulevard exit shortly after 8 a.m.

Detectives are still piecing together what happened, but the officer was ejected and his motorcycle overturned by the median.

The officer was reportedly up and doing well before he was taken to the hospital with moderate injuries.

Investigators say officers understand the risk involved with their job.

"We all do this job understanding that there's inherent dangers involved and when an individual chooses to get on a motorcycle, particularly a police motorcycle, it elevates that danger just a little bit more," said CHP Sgt. Jimmie Ryland.

The officer was reported to be in stable condition.