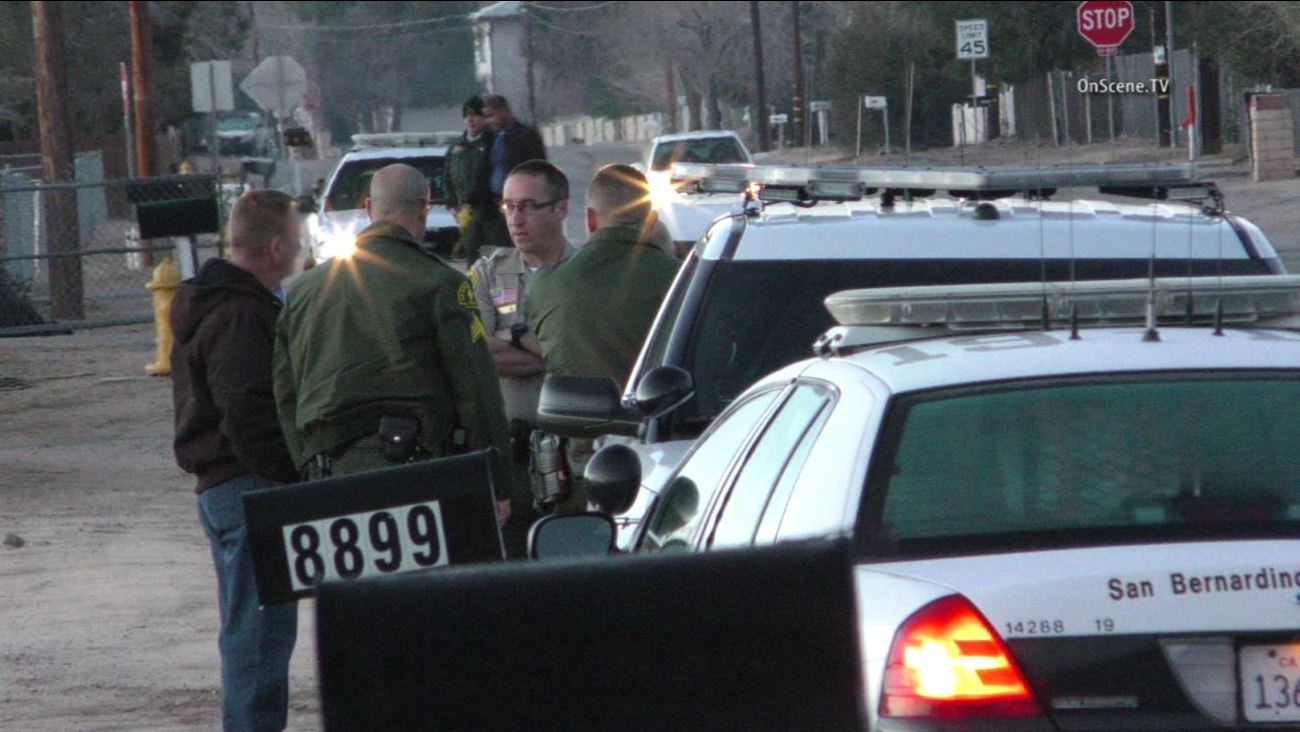 The San Bernardino County Sheriff's Department said a suspect died after a confrontation with deputies following a home-invasion robbery on 11th Avenue on Monday, Jan. 25, 2016.

HESPERIA, Calif. (KABC) -- A suspect died after a confrontation with deputies from the San Bernardino County Sheriff's Department following a home-invasion robbery on Monday, according to officials.

Deputies said they responded to the home-invasion robbery at a home in the 8800 block of 11th Avenue at about 4:10 a.m.

It was there that deputies said a suspect forced his way into the home while armed with a knife. There were four adults and three children in the house at the time of the home invasion, deputies stated.

Officials said a man defended himself and his family with a baseball bat. After a fight, the suspect fled the home before deputies arrived.

The suspect was located near the home trying to hide under a bus, according to the sheriff's department.

As deputies attempted to take him into custody, officials said, "a use of force occurred." The suspect was taken to the hospital where he was later pronounced dead, according to deputies.

Authorities said the suspect was later identified as the ex-son-in-law of the homeowner.