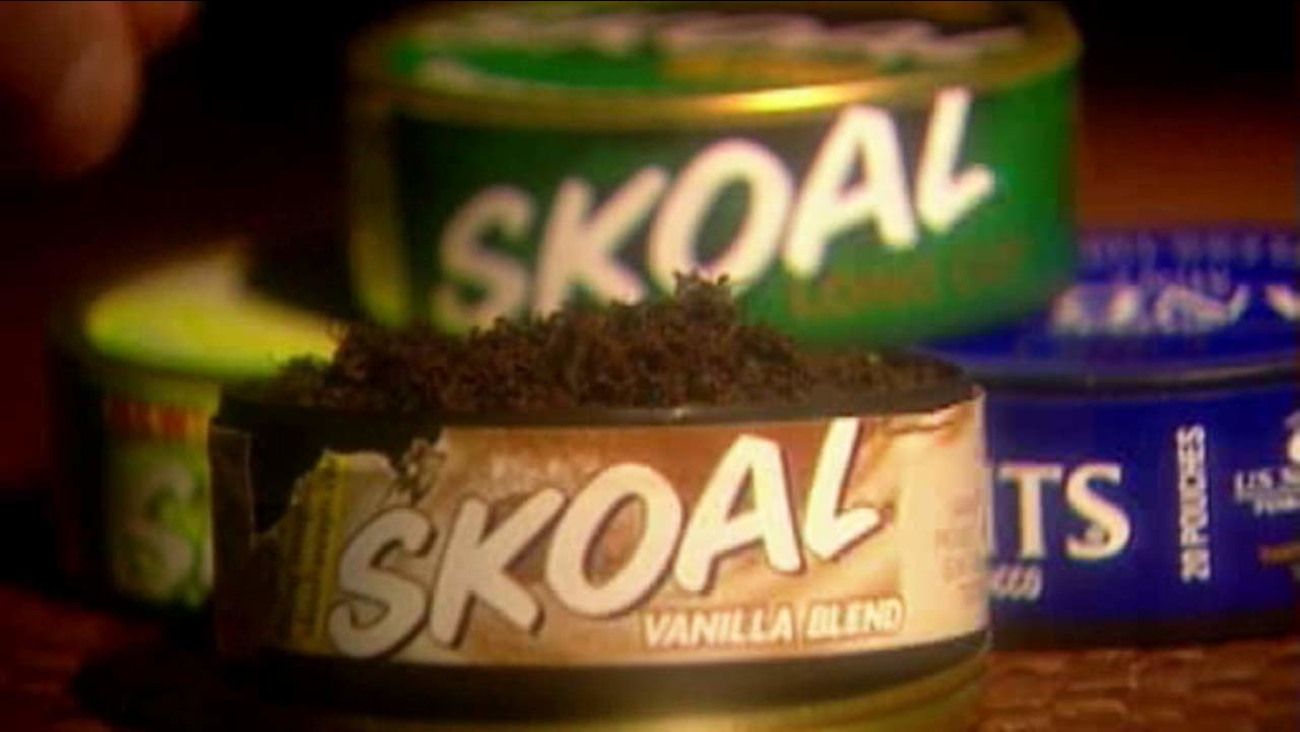 LOS ANGELES (KABC) -- The Los Angeles City Council voted unanimously on Tuesday to prohibit the use of smokeless tobacco, also known as chewing tobacco, at city parks and all organized sports venues in the city.

The ordinance, which was approved on a 14-0 vote, comes after Gov. Jerry Brown signed a bill last October banning chewing tobacco at major league baseball parks.

Tuesday's ban will not only affect professional venues but also sites where amateur events are held.

The ban is aimed at preventing professional athletes from using chewing tobacco and potentially influencing their young fans.

"We wanted to make sure that our young people, and all people who look at our sports figures as heroes, do not get a bad impression when they see them using smokeless tobacco," said Councilman Jose Huizar, who authored the measure.

The ban also applies to city parks in Los Angeles, even when there is no organized sports event taking place. The city will post up signs informing the public of the ordinance.

There are some exceptions to the rule at designated areas of some parks where smoking is allowed, like at some golf courses, the Autry National Center, the Greek Theater and the Los Angeles Zoo, and when its use is allowed under a filming permit.

The measure must be signed by the mayor before it can be enacted. City officials expect the ban to go into effect before the start of the Dodgers and Angels season in April.

The use of smokeless tobacco among athletes increased from 2001 to 2013, even as smoking rates dropped dramatically during the same period, according to the U.S. Centers for Disease Control and Prevention.

Smokeless tobacco use among male high school athletes was at 17.4 percent in 2013, according to Huizar's office.