1 person taken to hospital after shooting in Pacoima 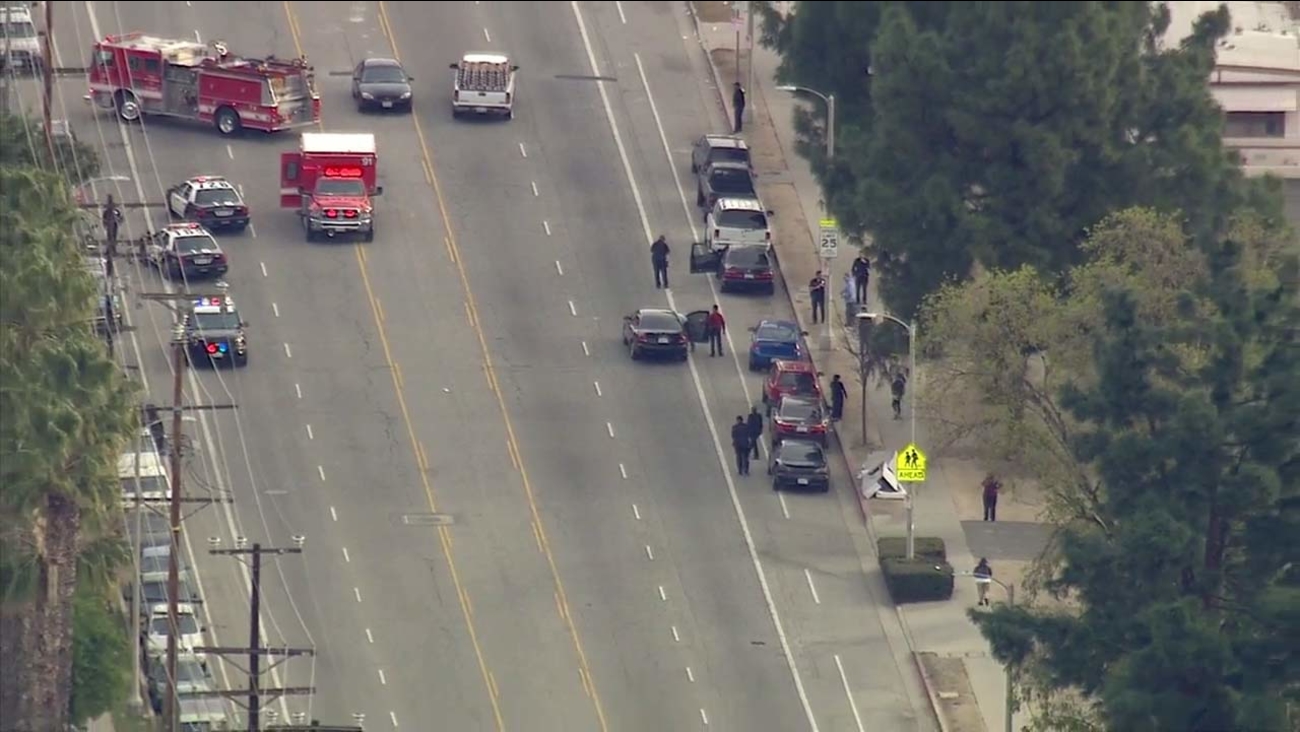 Emergency vehicles are shown near the scene of a shooting near Van Nuys Boulevard and Borden Avenue in Pacoima on Wednesday, Jan. 27, 2016. (KABC)

PACOIMA, LOS ANGELES -- One person was taken to an area hospital following a shooting in Pacoima Wednesday morning.

Police responded to the scene near Van Nuys Boulevard and Borden Avenue around 8:30 a.m. following a call about an assault with a deadly weapon.

Details surrounding what happened were not clear, but medics took one person to the hospital with gunshot injuries.

No arrests were made. A suspect description was not immediately released.