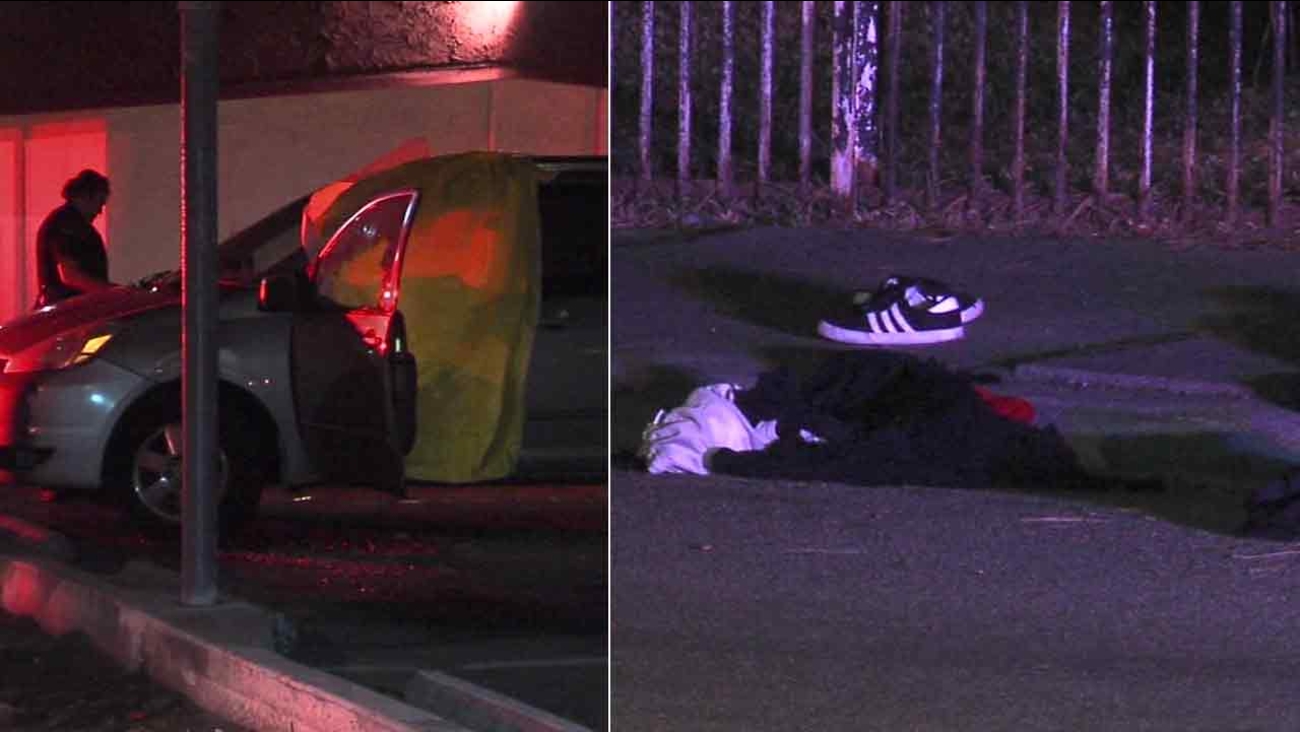 A man was found dead inside a minivan (left) less than a mile away from a shooting that left two teens injured in Pomona (right) early Thursday, Feb. 4, 2016.

Police said a nearby resident found the victim, described as a Hispanic man in his 30s. He was believed to be in the van for more than an hour, according to Pomona PD.

In the first incident, police said a man walked up to three teens and opened fire. Two were struck and rushed to the hospital. Both victims were expected to survive.