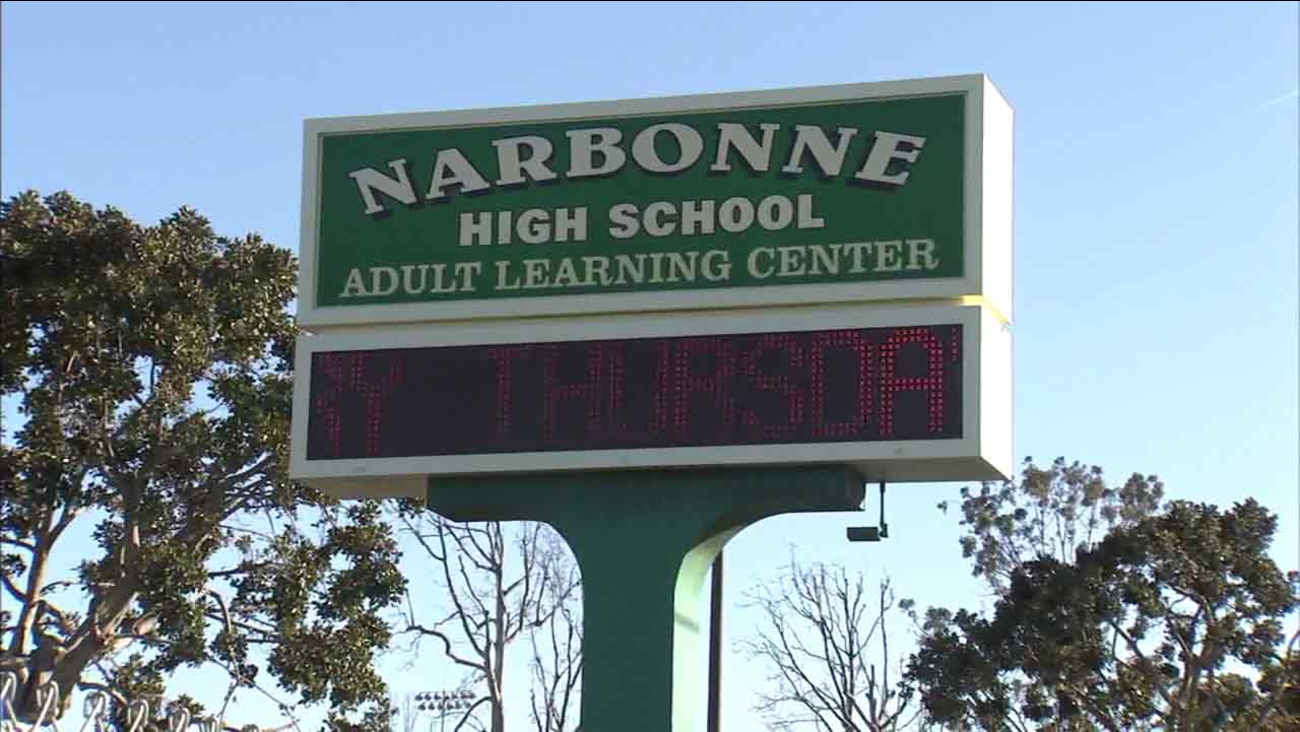 A fight involving students and parents broke out at Narbonne High School in Harbor City, Los Angeles on Thursday, Feb. 4, 2016.

Two adults and students were involved in a fight that high schoolers said stemmed from a series of gang issues in the neighborhood.

Police said a man and a woman were able to pass security and go into campus where they confronted students.

Witnesses said the confrontation quickly turned to punches being thrown.

"...The adult was, like, yelling at the kid and was...threatening him...the mom was there and then one of the girls in our class started fighting the mom," said Theresa Osborne, a Narbonne student.

A representative for the Los Angeles Unified School District described the incident as a skirmish.

LAPD officers took both adults into custody on charges of being a disruptive presence.