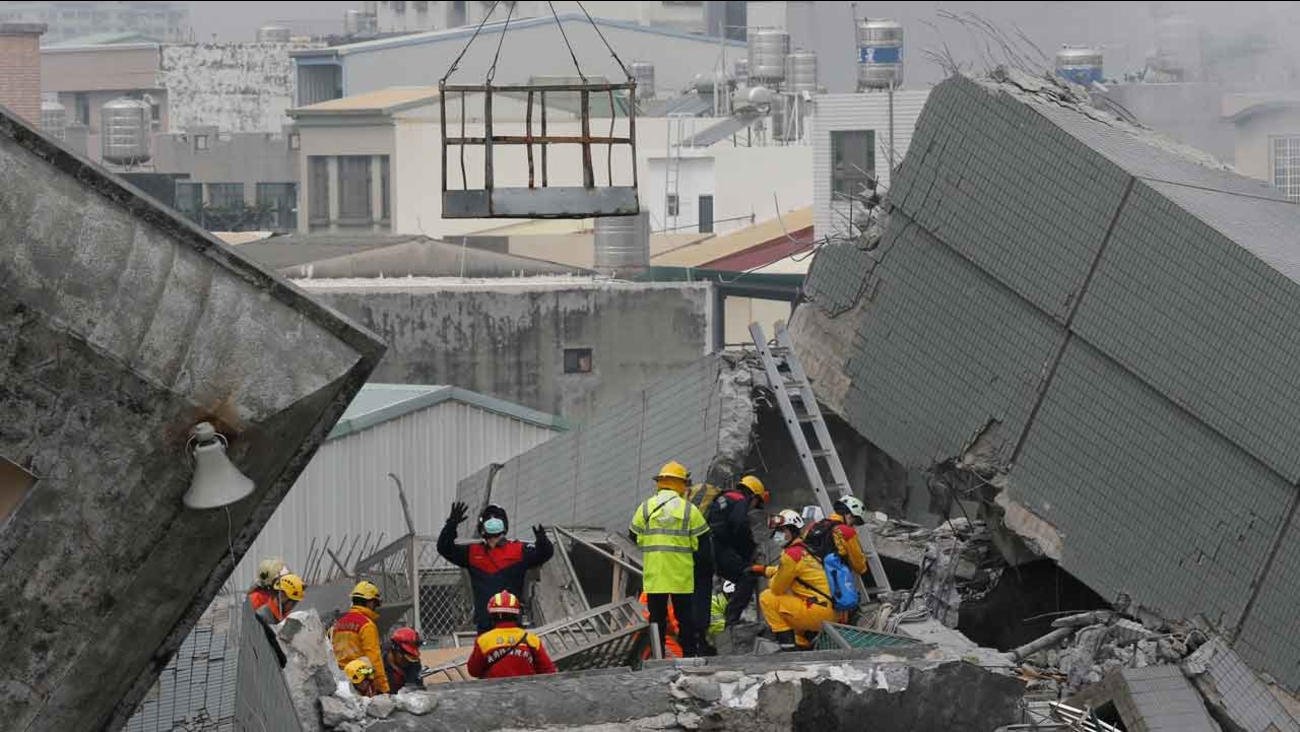 Rescue teams continue to search for the missing in a collapsed building, after an early morning earthquake in Tainan, Taiwan, Saturday, Feb. 6, 2016. (Wally Santana)

TAINAN, Taiwan -- Rescuers on Sunday found signs of life within the remains of a high-rise residential building that collapsed in a powerful, shallow earthquake in southern Taiwan that killed at least 19 people, as families anxiously waited on site.

The emergency center in Tainan, the worst-hit city, said Sunday that 171 people had been rescued from the building following the magnitude-6.4 quake that struck at dawn Saturday.

Tainan Mayor Lai Ching-te said in TV interviews from the site of the building collapse that there was an estimated 124 still trapped, many at the bottom of the wreckage. Lai said that they had been able to rescue many people by using information from residents who got out on the possible locations of those still inside.

A man in his early 30s was pulled out from the rubble Sunday morning and able to tell rescuers his name and other information. 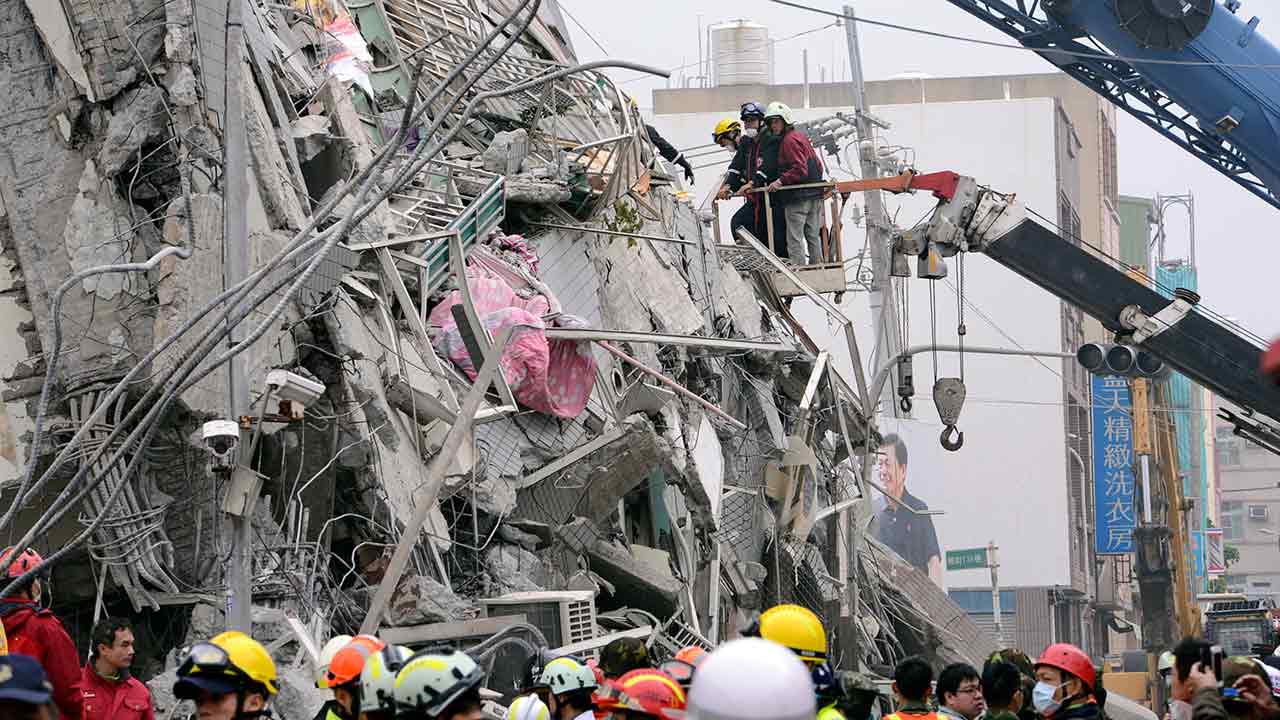 A man in his 60s, whose son escaped and whose daughter-in-law was in serious condition in a hospital, was trying to help rescuers pinpoint his grandsons. "My 11- and 12-year-old grandsons are still inside on the ninth floor," said the man, who only gave his surname, Huang. "I told my son not to buy an apartment here; it was suspiciously cheap."

Beside him, another man nodded in agreement as he waited for news of his own relatives on the seventh floor.

The rescued figures were lower than the city government had reported Saturday, and there was no immediate explanation for the discrepancy.

The spectacular fall of the 17-story high-rise immediately raised questions about its construction, and Taiwan's interior minister said there would be an investigation. Nine other buildings in the city collapsed and five careened.

On Sunday, thousands of rescuers in red, orange, yellow and black uniforms worked on different levels of the folded building that was supported by steel pillars. Rescuer Su Yu-min said they were trying to cut through walls and pillars to go down further to try to reach people trapped in the bottom part of the rubble.

"It takes a few hours to complete a search for just one household and sometimes it takes two hours just to go forward 30 centimeters (12 inches)" when the way is blocked by a wall, he said.

The quake came two days before the start of Lunar New Year celebrations that mark the most important family holiday in the Chinese calendar.

The operators of Taiwan's high speed rail announced Sunday that the service would resume full operation from noon. The earthquake had damaged power lines near Tainan Station and caused major disruption to the system at a busy time when many people were returning home to celebrate.

Following the collapse of the residential high-rise, questions surfaced about whether construction of the 1989 structure had been shoddy. Tainan's government said the building was not listed as a dangerous structure before the quake, and the interior minister, Chen Wei-zen, said an investigation would examine whether the developer had cut corners.

Earthquakes frequently rattle Taiwan, but most are minor and cause little or no damage. However, a magnitude-7.6 quake in central Taiwan in 1999 killed more than 2,300 people.
Related topics:
earthquakeu.s. & world
Copyright © 2021 by The Associated Press. All Rights Reserved.
RELATED