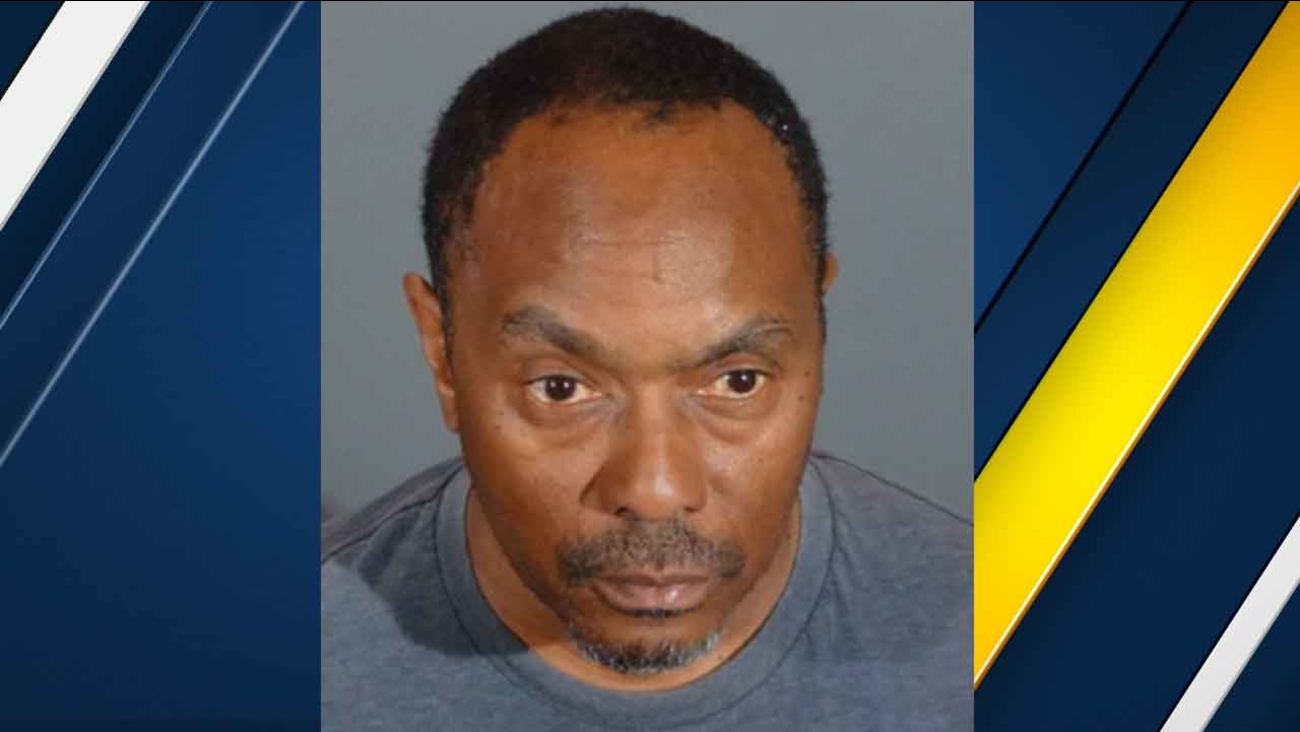 Kermit Johnson, 54, in a mugshot photo issued by the Redondo Beach Police Department on Saturday, Feb. 6, 2016.

REDONDO BEACH, Calif. (KABC) -- A suspect was recovering Saturday from a gunshot wound to the hand following an officer-involved shooting in Redondo Beach.

The shooting happened around 11:40 p.m. Friday when Redondo Beach police responded to a family disturbance call in the 2100 block of Manhattan Beach Boulevard, a press release stated.

A Redondo Beach police officer responded to the scene and, in front of the location, encountered a man involved in the disturbance, the statement said.

Johnson was transported to a hospital in police custody with minor injuries. No one else was injured.

A firearm was found at the scene.

After being cleared by medical staff, Johnson was arrested and booked for assault with a deadly weapon on a peace officer, carrying a concealed firearm and making criminal threats.

His bail was set at $150,000 and was due to appear in court on Monday.
Related topics:
redondo beachlos angeles countyofficer involved shootingshooting
Copyright © 2021 KABC-TV. All Rights Reserved.
More Videos
From CNN Newsource affiliates
TOP STORIES