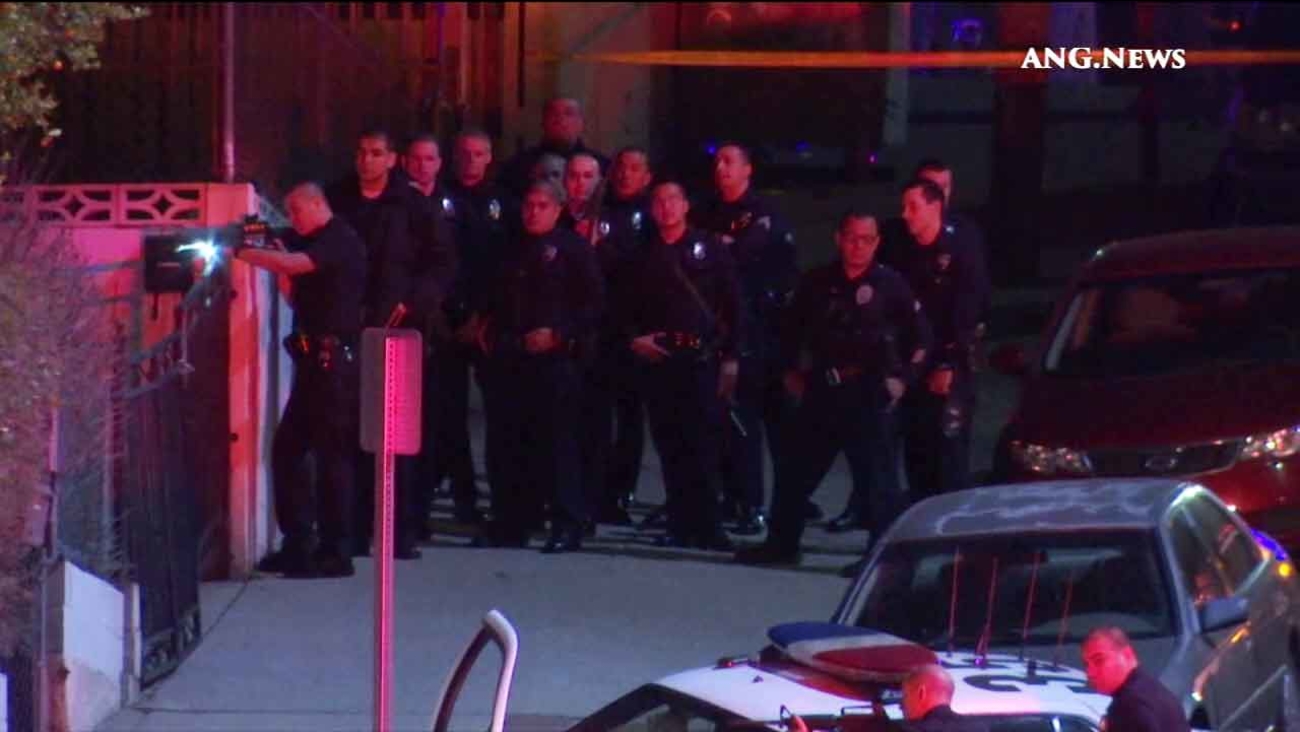 Los Angeles police at the scene of an officer-involved shooting in Boyle Heights on Saturday, Feb. 6, 2016.

Los Angeles police from the Hollenbeck Division said they were following a reported stolen vehicle before the driver came to a stop in the 3300 block of E. 6th Street at about 10:45 p.m. and got out of the car.

Police said the suspect was armed and an officer-involved shooting occurred. No further details surrounding the gunfire were available.

The suspect, described as a Hispanic man in his 20s, was pronounced dead at the scene. No officers were hit or injured in the shooting.