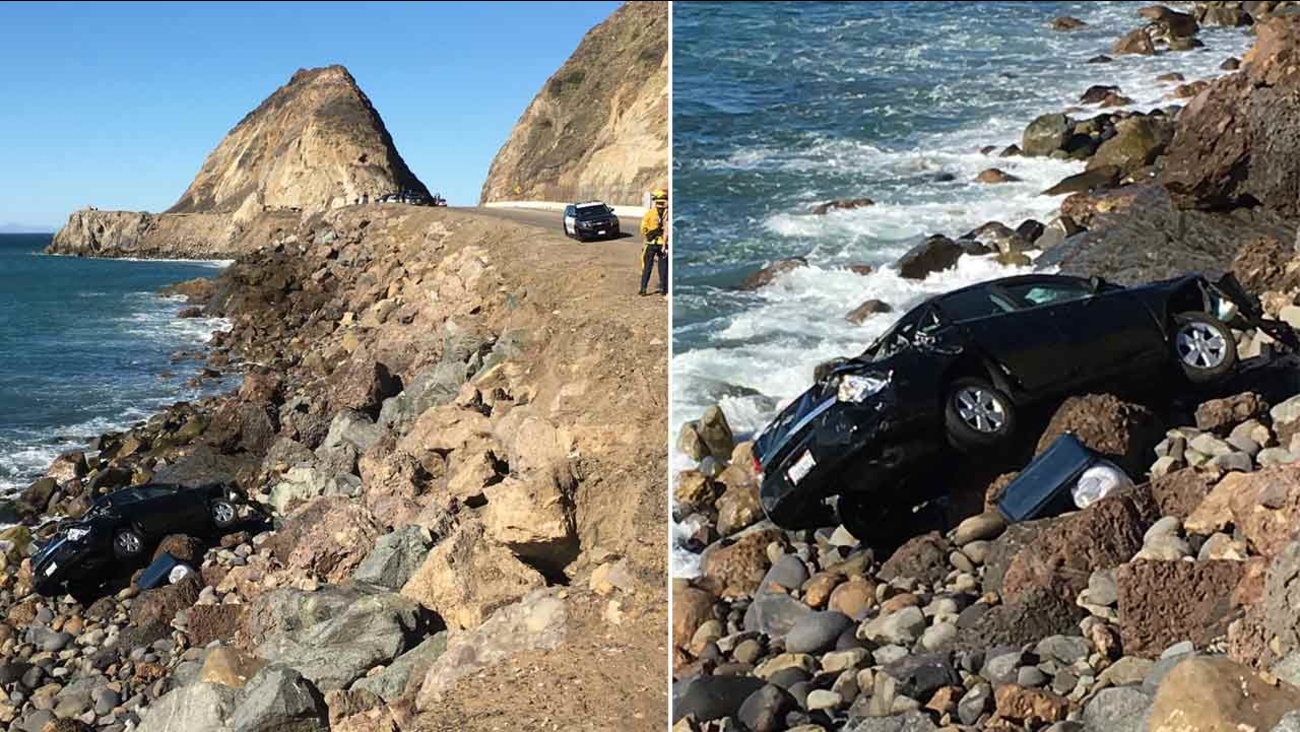 A black sedan found over the side of Pacific Coast Highway near Mugu Rock in Point Mugu on Sunday, Feb. 7, 2016.

POINT MUGU, VENTURA COUNTY (KABC) -- A woman's body was found next to the site of a car crash near Mugu Rock in Point Mugu on Sunday, according to Ventura County officials.

A black Chevrolet sedan appeared to have crashed and landed on rocks and surf over the side of the road on the Pacific Coast Highway.

Authorities said the woman's body was found in the water nearby and that both incidents were related.

The woman's name was not released, but authorities said she was a 59-year-old Redondo Beach resident.