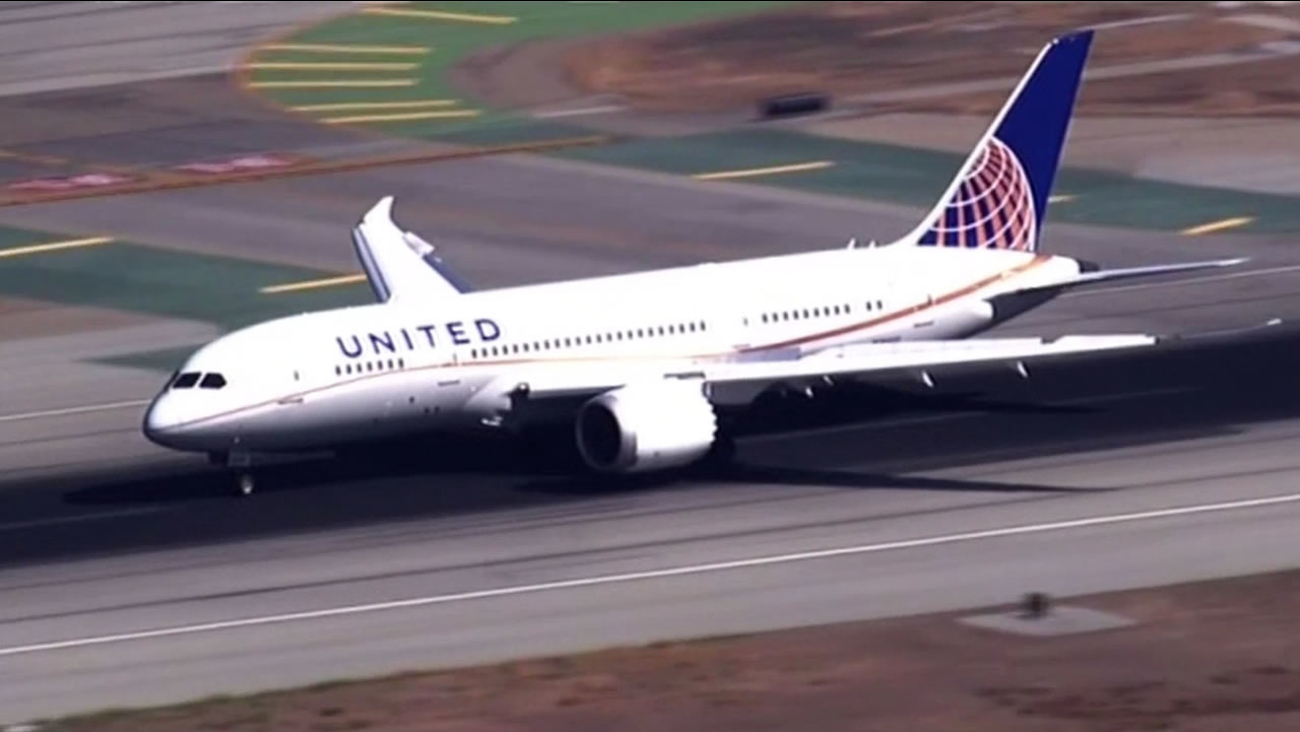 A United Airlines flight lands on the runway in this undated photo. (KGO-TV)

TUCSON, Ariz. (KABC) -- It was a frightening moment in the sky for some passengers heading to Los Angeles International Airport as their plane was forced to turn back to Tucson due to the cabin suddenly being filled with smoke.

A Tucson Airport spokesperson said there was no fire, only smoke coming from the cockpit of the United Airlines flight on Monday.

"Luckily, I ran out to the left, which had an exit ramp. The other passengers who went to the right or over the wings had to jump out of the plane, so it was about a six foot drop," said one passenger.

The incident caused a big back up for some United Airlines users as there were a couple of flight delays.

The passengers on board the smoking plane also had to book alternate flights to their final destinations.