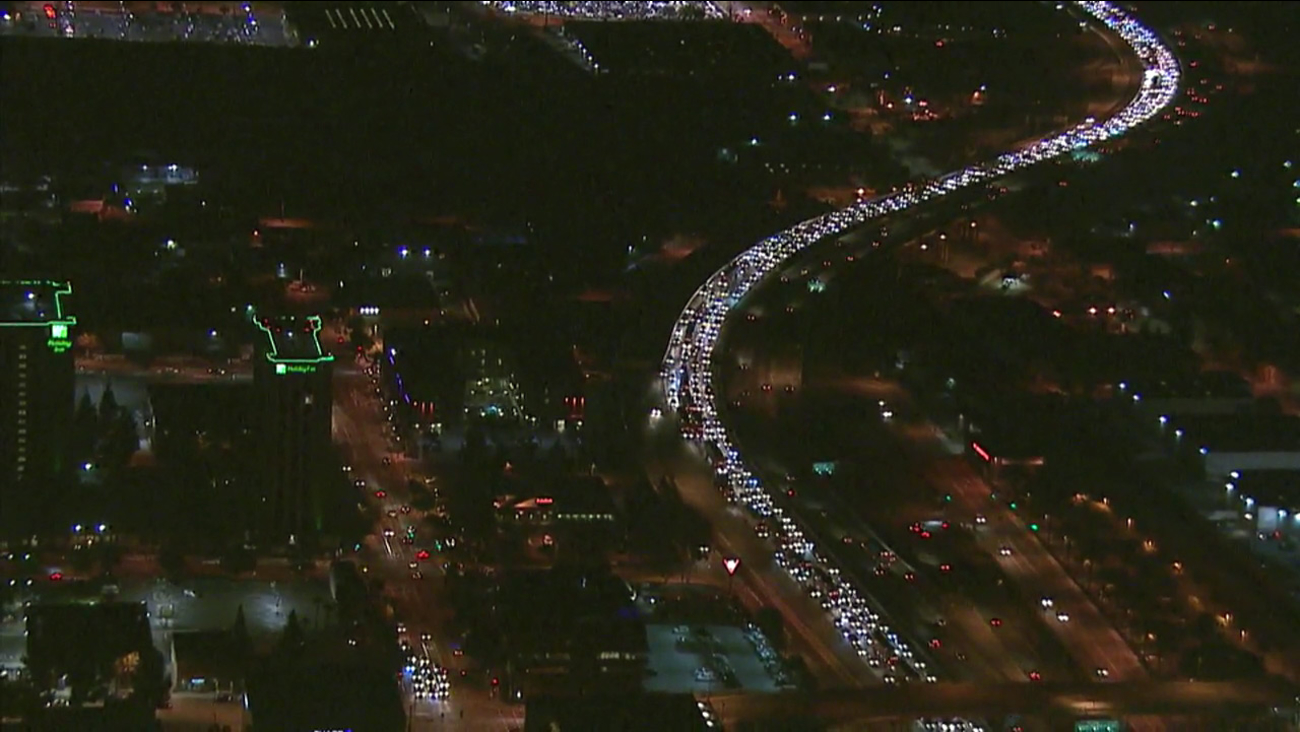 Traffic on the 5 Freeway backed up for miles after police said there was a car-to-car shooting in Burbank on Monday, Feb. 8, 2016.

BURBANK, Calif. (KABC) -- The 5 Freeway heading northbound was closed and southbound lanes were partially closed in Burbank after police said there was a car-to-car shooting Monday evening.

Burbank police said the shooting happened on the Burbank Boulevard overpass of the 5 Freeway at about 7:50 p.m.

Officials said one man who was shot in the upper body was taken to the hospital. The extent of his injuries could not be confirmed.

Police said they are searching for a a black sedan suspected in the shooting.

Traffic was seen backing up for miles as police investigated the crime scene for hours.