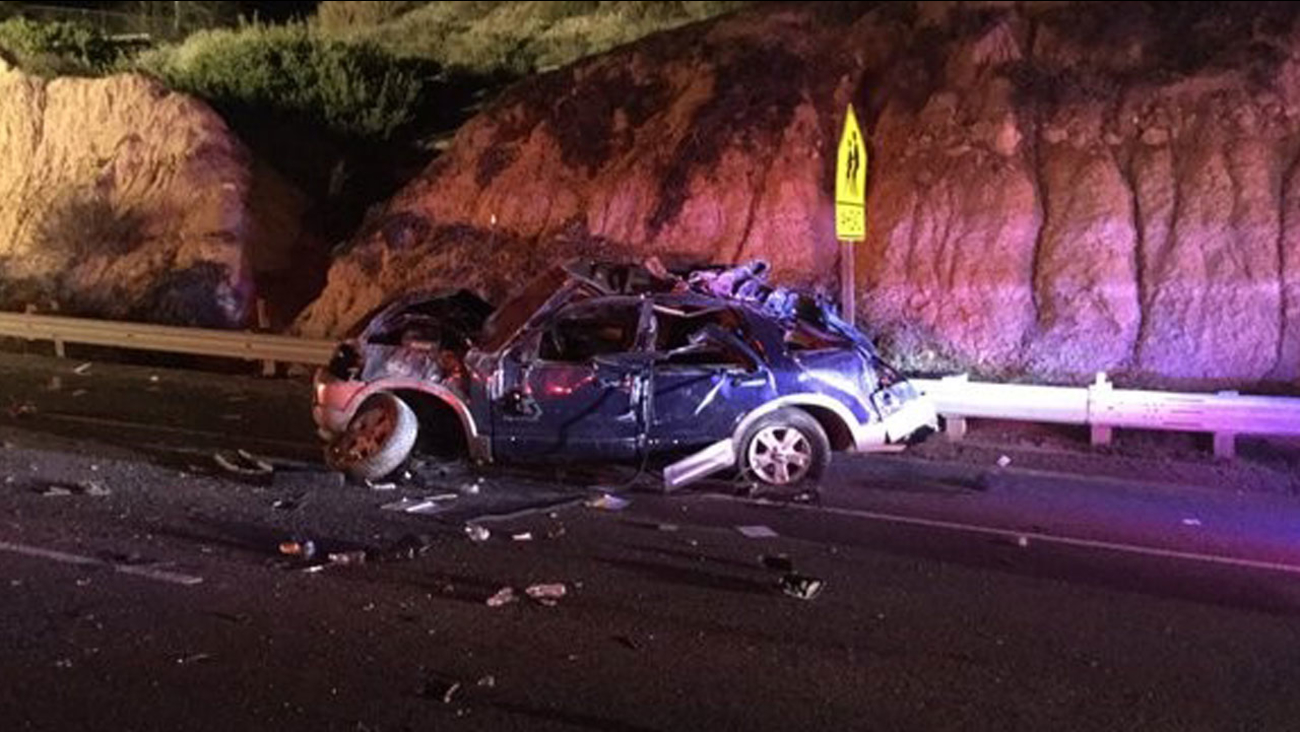 A photo shows a mangled SUV after it crashed with another car near Laguna Beach on Monday, Feb. 8, 2016. (twitter.com/OCFA_PIO)

The accident happened around 9:20 p.m. Monday on the highway just north of Laguna Beach.

Two people, a 19-year-old man and 20-year-old woman, were ejected from a black SUV and suffered serious injuries. They were both taken to separate hospitals nearby.

Both directions of the PCH were temporarily closed between Laguna Beach and Newport Beach city limits.

The cause of the crash was unknown and under investigation.
Related topics:
laguna beachorange countycar crashtraffic delay
Copyright © 2021 KABC-TV. All Rights Reserved.
More Videos
From CNN Newsource affiliates
TOP STORIES