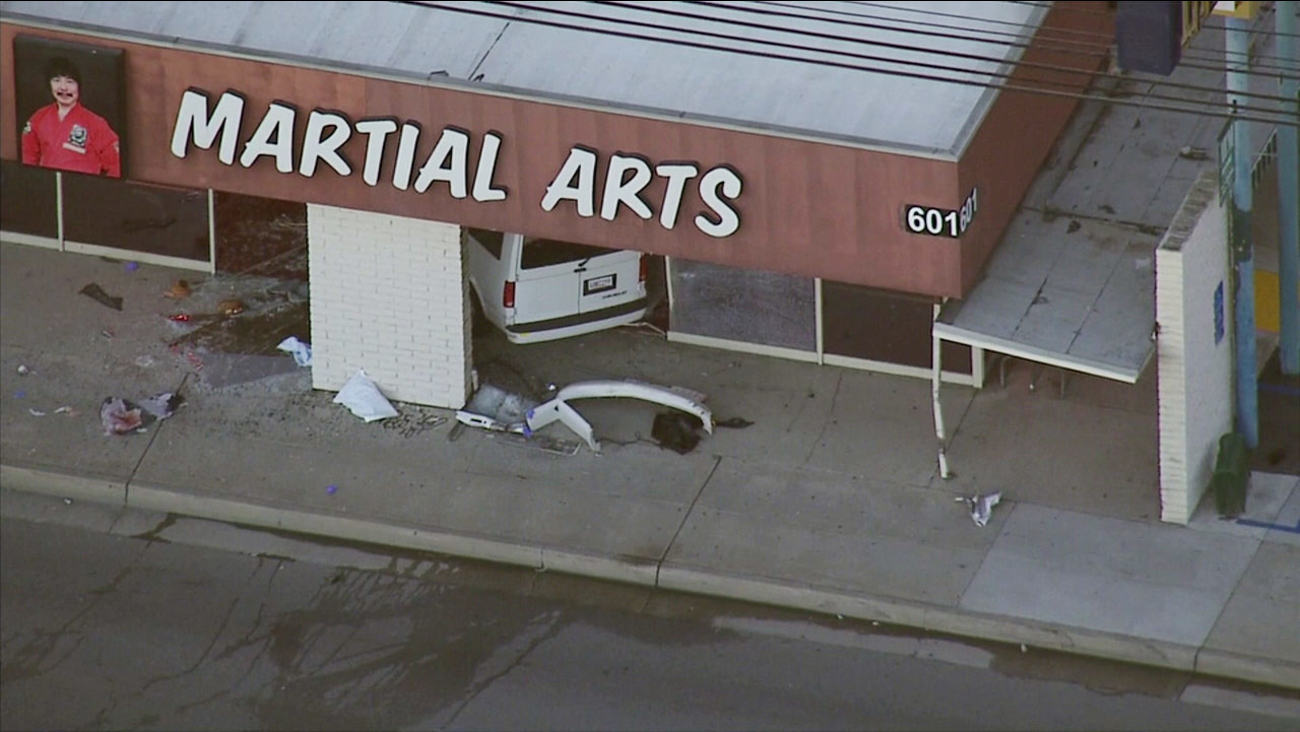 FULLERTON, Calif. (KABC) -- The driver of a van suffered major injuries after a crash sent the vehicle hurtling into a martial arts studio in Fullerton Tuesday morning.

The white Chevrolet Astro was traveling southbound on Euclid Street shortly before 6 a.m. when it was stuck by a blue Honda Accord that was turning right onto the street from West Avenue, Fullerton police said.

The driver of the van lost control, and the vehicle veered off the road and slammed into Moo Yea Do Martial Arts Center at 601 Euclid Street.

The studio was empty at the time of the crash.