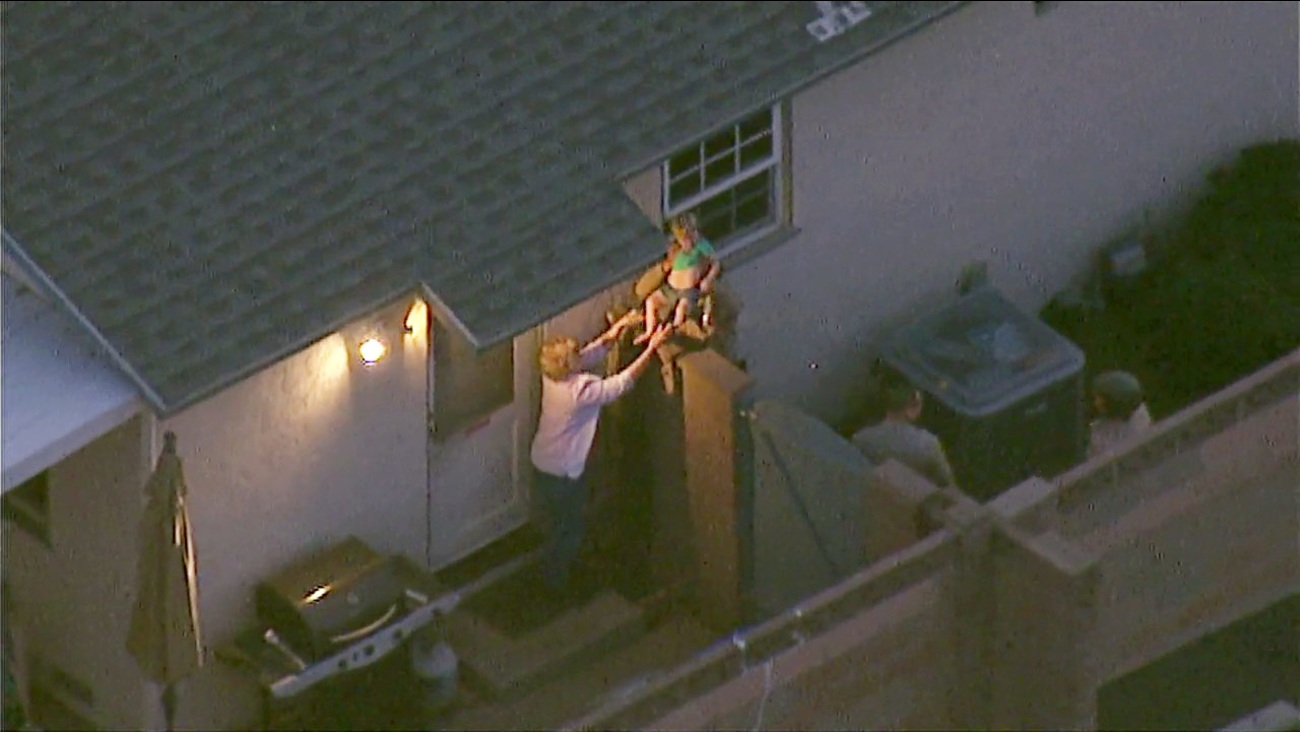 A woman is seen handing a child over to a law enforcement official during a barricade situation in La Mirada on Wednesday, Feb. 10, 2016. (KABC)

KABC
LA MIRADA, Calif. (KABC) -- A woman and a child were rescued from a La Mirada home following a SWAT situation involving a barricaded man, who police say ended up killing himself.

It all started around 5:45 p.m. Wednesday when authorities responded to a call for a psychological rescue in the 12100 block of Los Coyotes Avenue.

Sheriff's officials said a suspect barricaded himself in a house, and a SWAT team was called to the scene. Surrounding homes were evacuated.

When officials entered the home around 11 p.m., they found the man dead from an apparent self-inflicted gunshot wound.

A woman and small child were rescued from the home. Their relationship to the barricaded man was not clear.