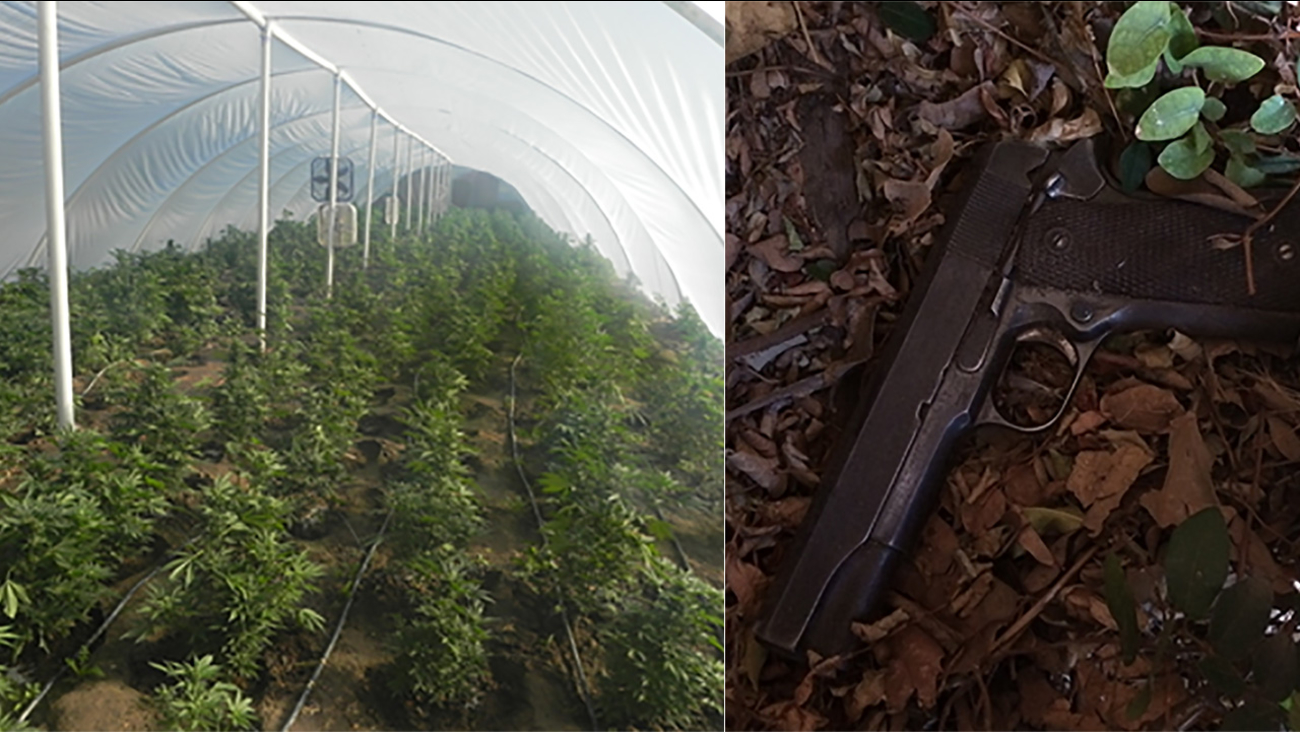 A narcotics unit with the Riverside Police Department served a search warrant at a residence in the 1900 block of Monroe Street Thursday after they received a tip about the ongoing illegal activity.

During their search, they discovered approximately 1,100 illegal marijuana plants weighing more than 730 pounds, a loaded handgun and an AR-15 style assault rifle.

Enrique Mendez, 32, of Moreno Valley and Miguel Angel Camacho-Arreola, 28, of Riverside were arrested at the scene for the illegal cultivation and sales of marijuana, possession of an assault rifle, possession of an unregistered firearm and illegal ammunition.