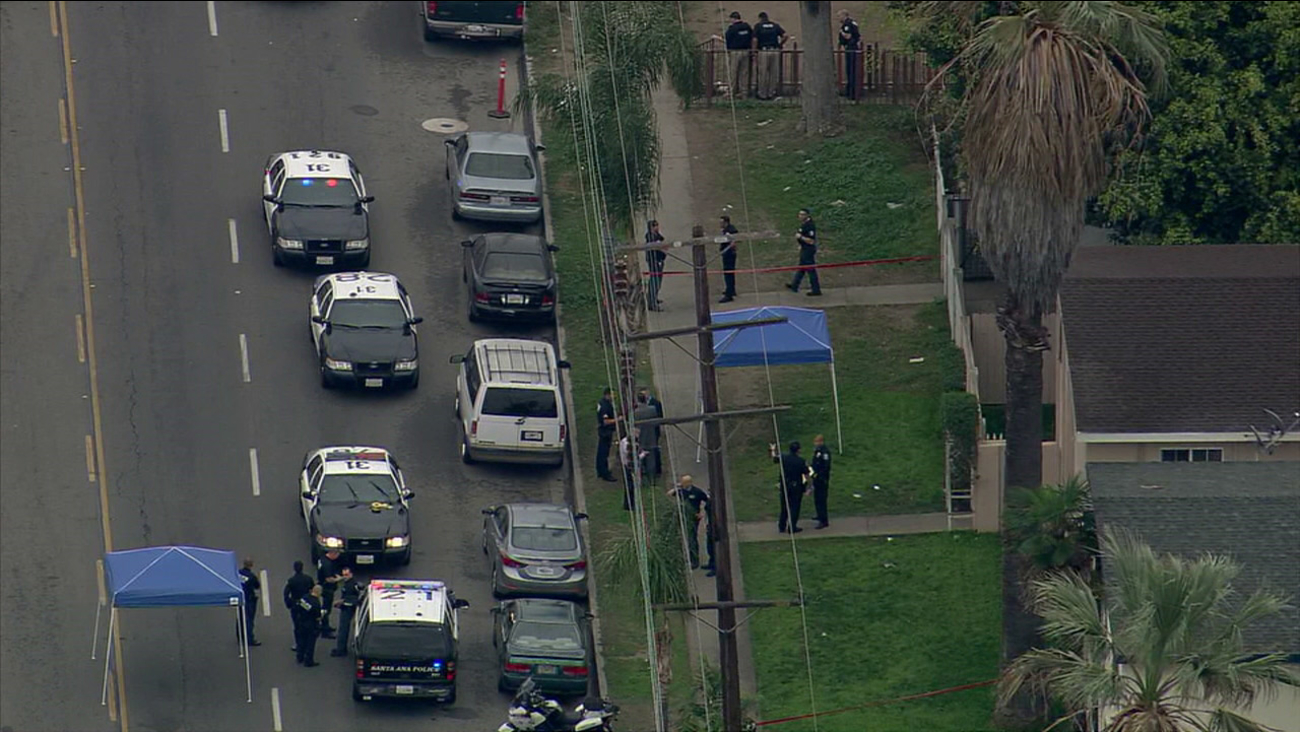 A police officer and a suspect were both injured during an officer-involved shooting in Santa Ana. (KABC)

SANTA ANA, Calif. (KABC) -- A police officer and a suspect were injured during an officer-involved shooting in Santa Ana on Wednesday, police said.

Santa Ana police said gang units that were out doing proactive enforcement activities made contact with the suspect and a gun fight ensued. The officer was grazed by a bullet.

Police initially set up a perimeter in the area of McFadden Avenue and Sullivan Street to look for other potential suspects, but ended the search later in the afternoon.

Both the suspect and officer were transported to local trauma centers in stable condition. The officer was later released.