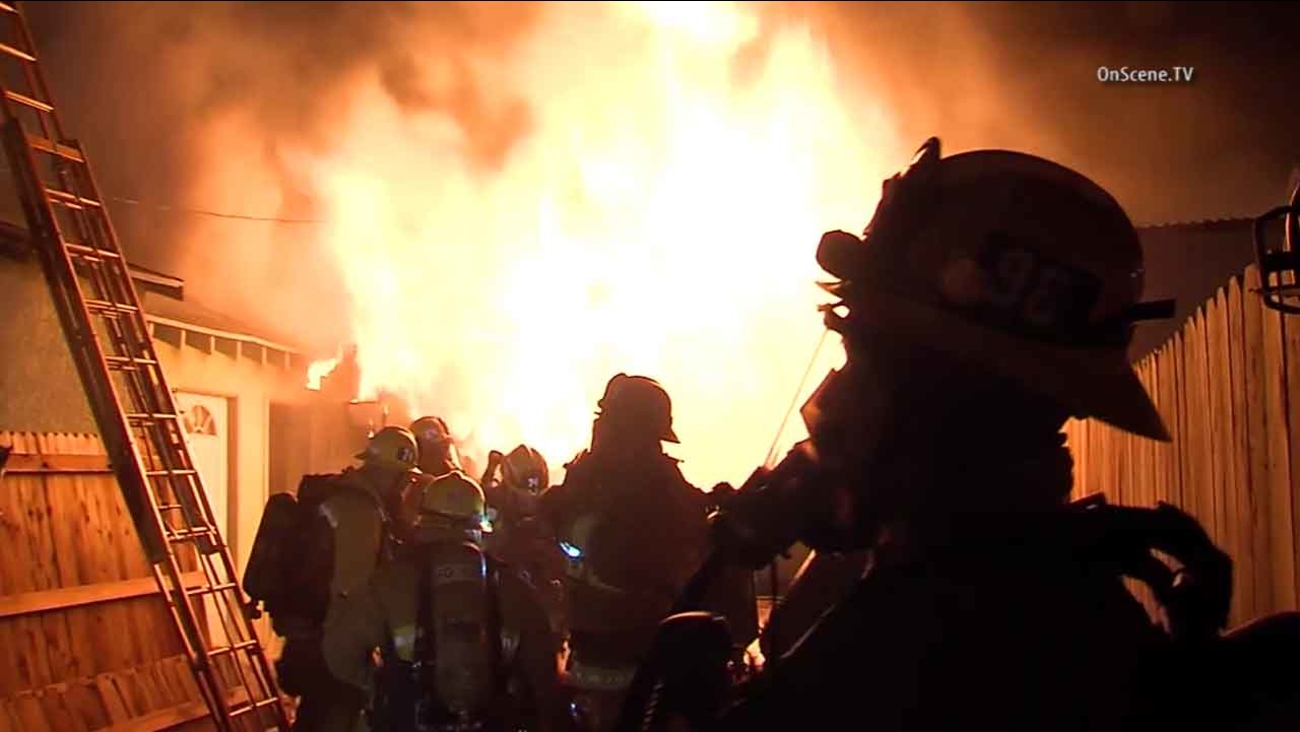 Los Angeles firefighters battle a blaze at a residence in the 200 block of Wilsey Avenue in Tujunga Thursday, Feb. 18, 2016.

Firefighters responded to the 10600 block of Wilsey Avenue to battle the blaze and found about 200 marijuana plants.

Crews knocked down the blaze in less than an hour and alerted the Los Angeles Police Department around 1:20 a.m. No injuries were reported.

Investigators say it appears the caretaker was home at the time of the fire but fled before firefighters arrived. LAPD Sgt. Frank Alfrez says the marijuana plants were discovered in the garage and inside the adjacent house. Police believe the caretaker was also extracting honey oil.

The cause of the fire is under investigation but it's suspected to have been caused by an electrical issue.