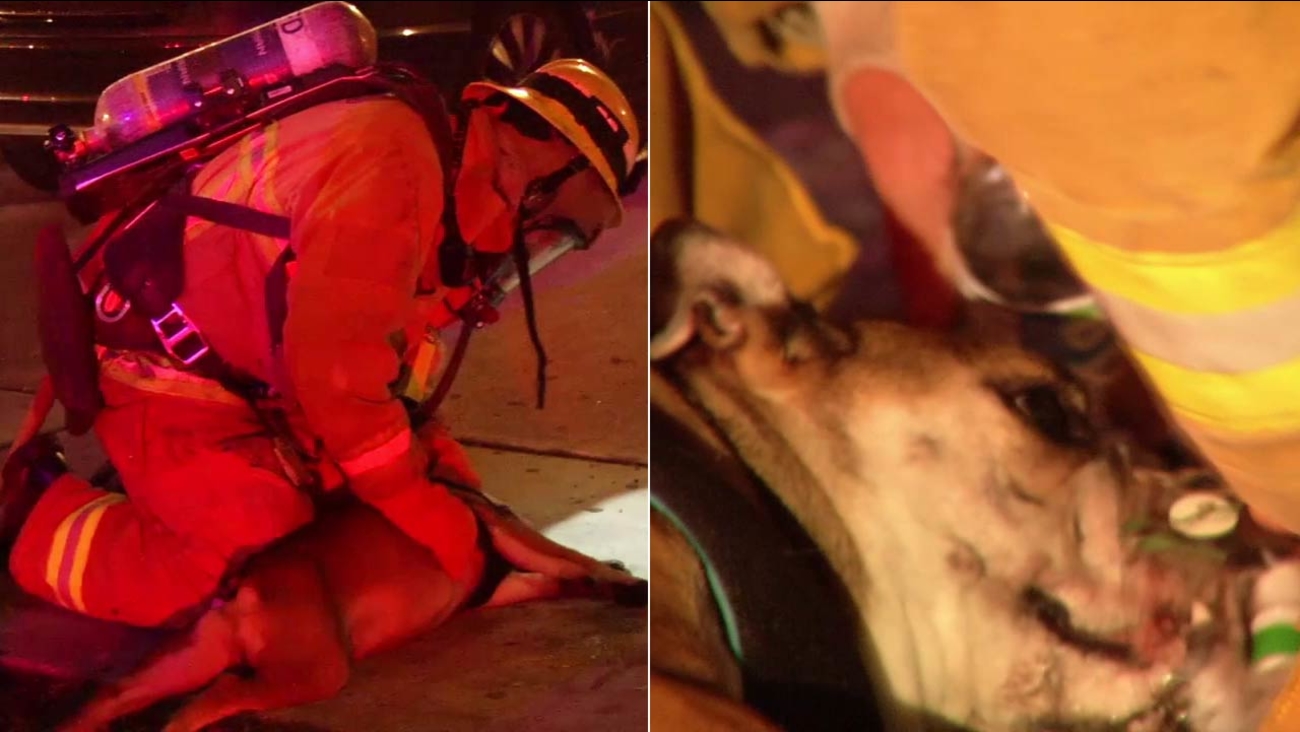 Firefighters aid a dog that was pulled from a burning apartment building in Koreatown on Thursday, Feb. 18, 2106. (KABC)

Thick smoke was seen pouring from the roof of the structure in the 100 block of Oxford Street around 12:40 a.m. Crews had the flames knocked down by 12:51 a.m., fire officials said.

Video from the scene shows a woman in a wheelchair being brought out by firefighters. A dog was also pulled from the building.

The woman wasn't hurt but the dog had to be given oxygen.

The dog did survive but authorities did not release any updates on its condition.