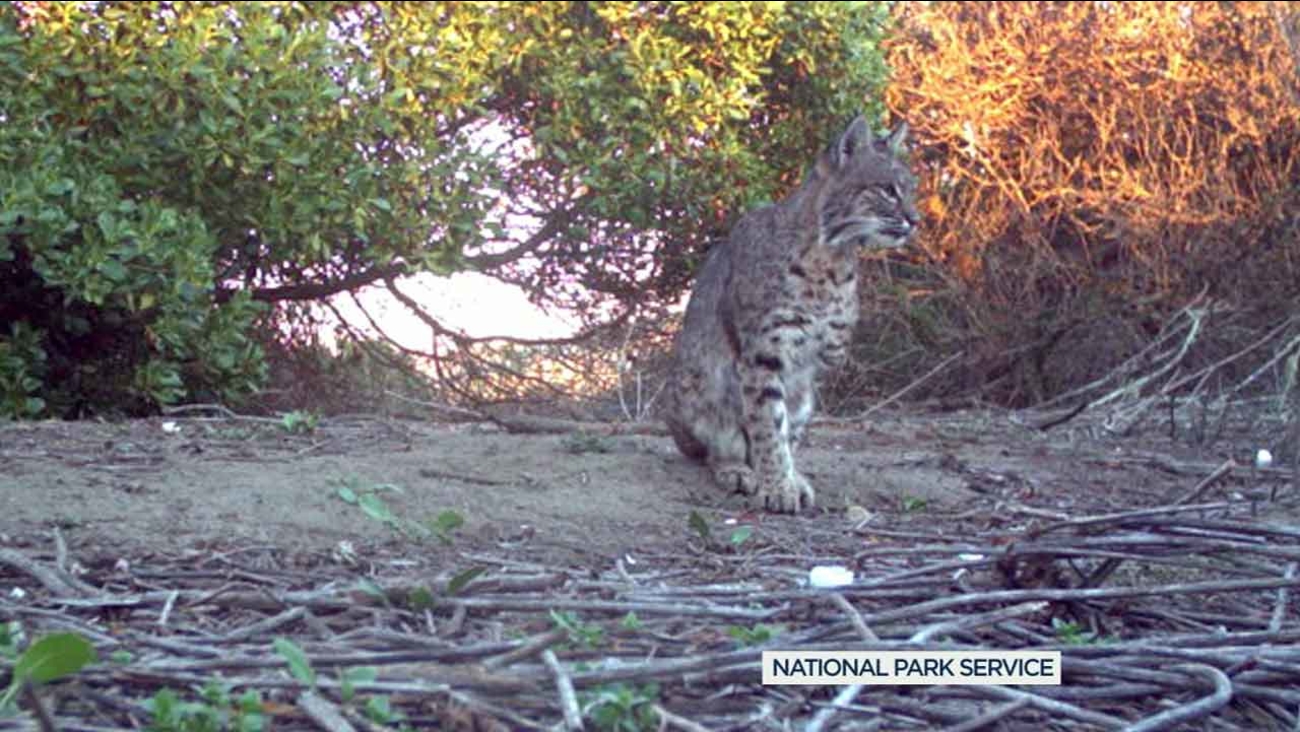 National Park Service researchers are monitoring a three-legged bobcat, known as B-337, as she cares for her one-eared kitten in the western end of the Santa Monica Mountains.

Biologists are unsure as to whether B-337 was injured or born with a genetic defect but she is said to be doing just fine.

A park spokesman said the bobcat kept popping up on camera traps before researchers were able to catch her and collar her, so she could be tracked.

"Bobcats catch live prey, so that means she's managing to hunt with one front leg and doing it well enough to feed herself and her kitten," biologist Joanne Moriarty said in a statement.


A video posted on YouTube shows B-337 running away after being released from a cage.

The bobcat has a kitten named B-336 who's missing an ear. He was captured a few days before his mother was caught.

B-336, a bobcat kitten who's missing an ear, was caught by National Park Service biologists in the Santa Monica Mountains National Recreation Area.