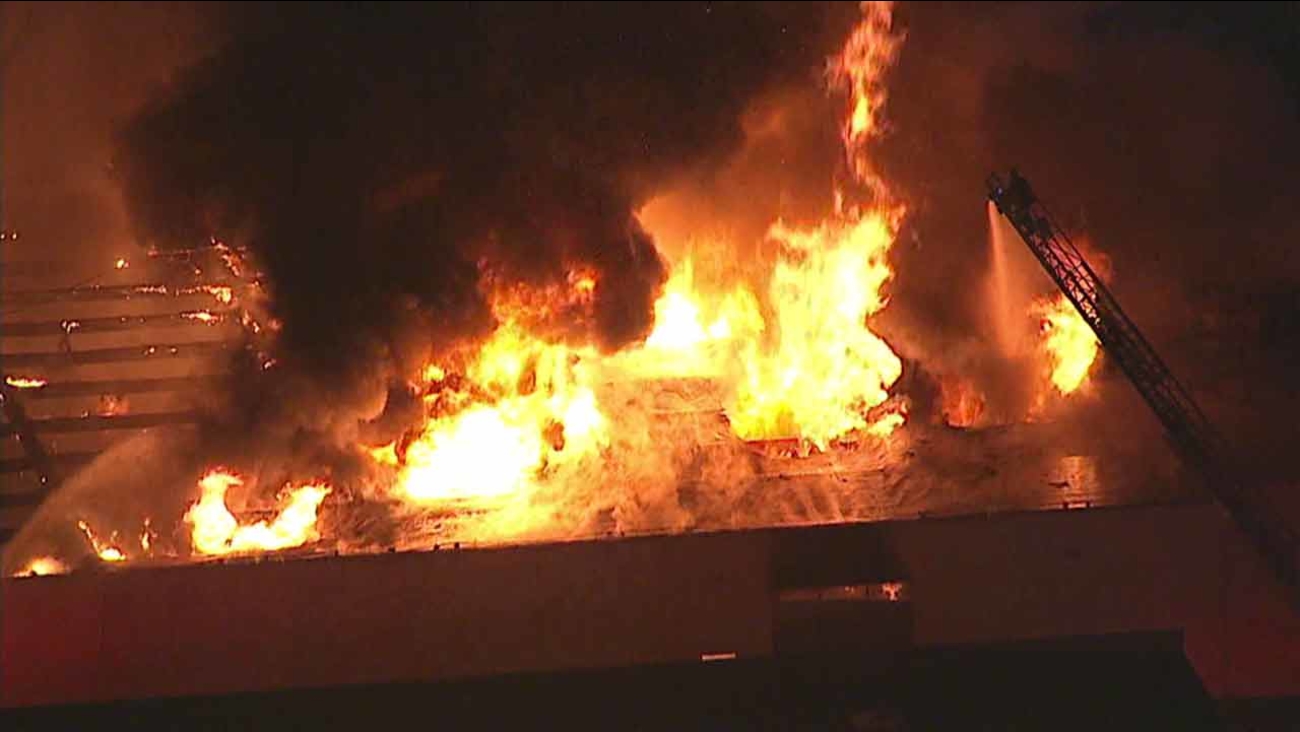 Firefighters battle a defensive blaze at a commercial building in Rancho Dominguez, Calif. on Monday, Feb. 22, 2016.

The second-alarm fire broke out at a warehouse in the 2000 block of E. Gladwick Street, according to Los Angeles County sheriff's officials.

The 150-foot building was seen engulfed in flames, but fire officials said no injuries were reported.

The fire burned through the roof of the structure. Some cars and vans that were inside were also completely engulfed in flames.

The blaze was knocked down at about 10:32 p.m., L.A. County sheriff's officials said.