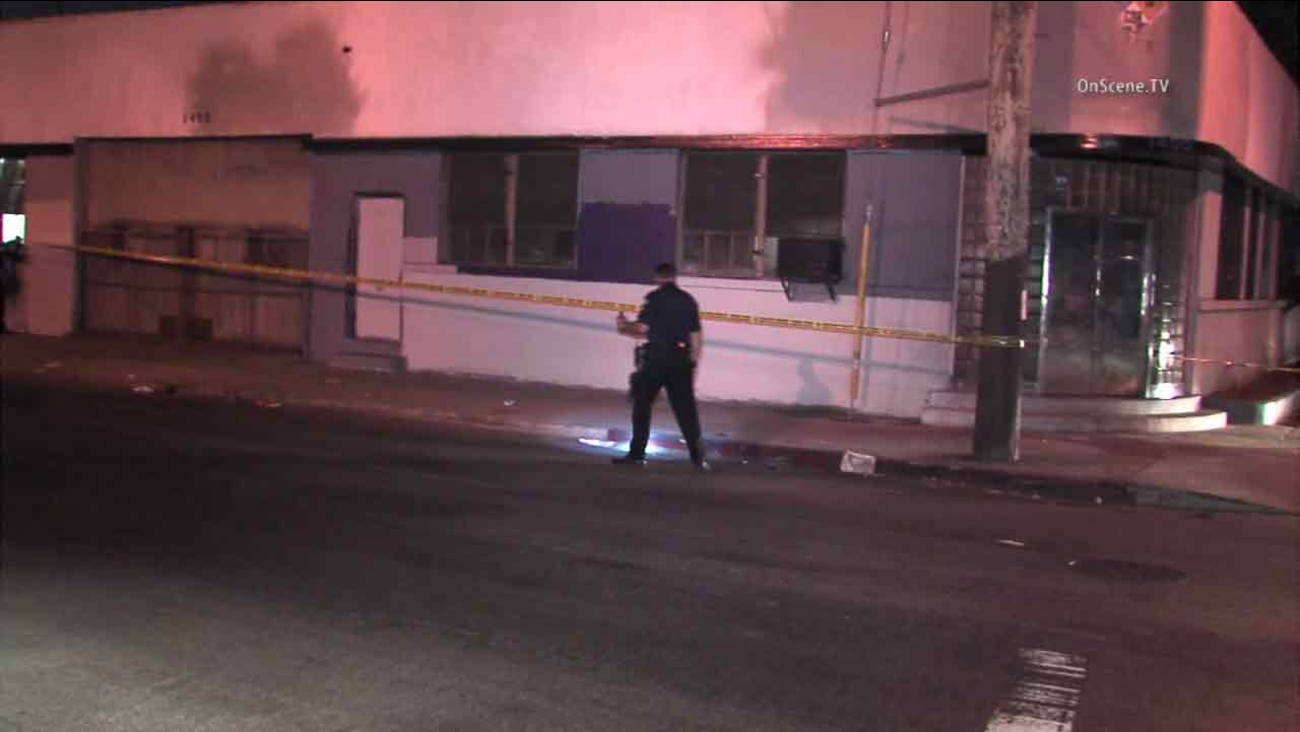 Police investigate the scene of a shooting in downtown Los Angeles that left one man dead on Saturday, Feb. 27, 2016.

LAPD officers responded to the scene at about 3:30 a.m. near Long Beach Boulevard and E. 14 Street, according to authorities from the Newton Division.

The victim, believed to be in his late 30s, was found with a gunshot wound to his thigh. He was transported to a nearby hospital where he was pronounced dead.

Authorities said the victim saw a man snatch a purse from a woman and chased after him. Soon after, the suspect turned around and fatally shot the good Samaritan.

No arrests were immediately made in the shooting as the investigation remained ongoing.